Photovoltaic 2.0 – Is Neutrinovoltaic The Greatest Scientific Discovery Of Our Time? 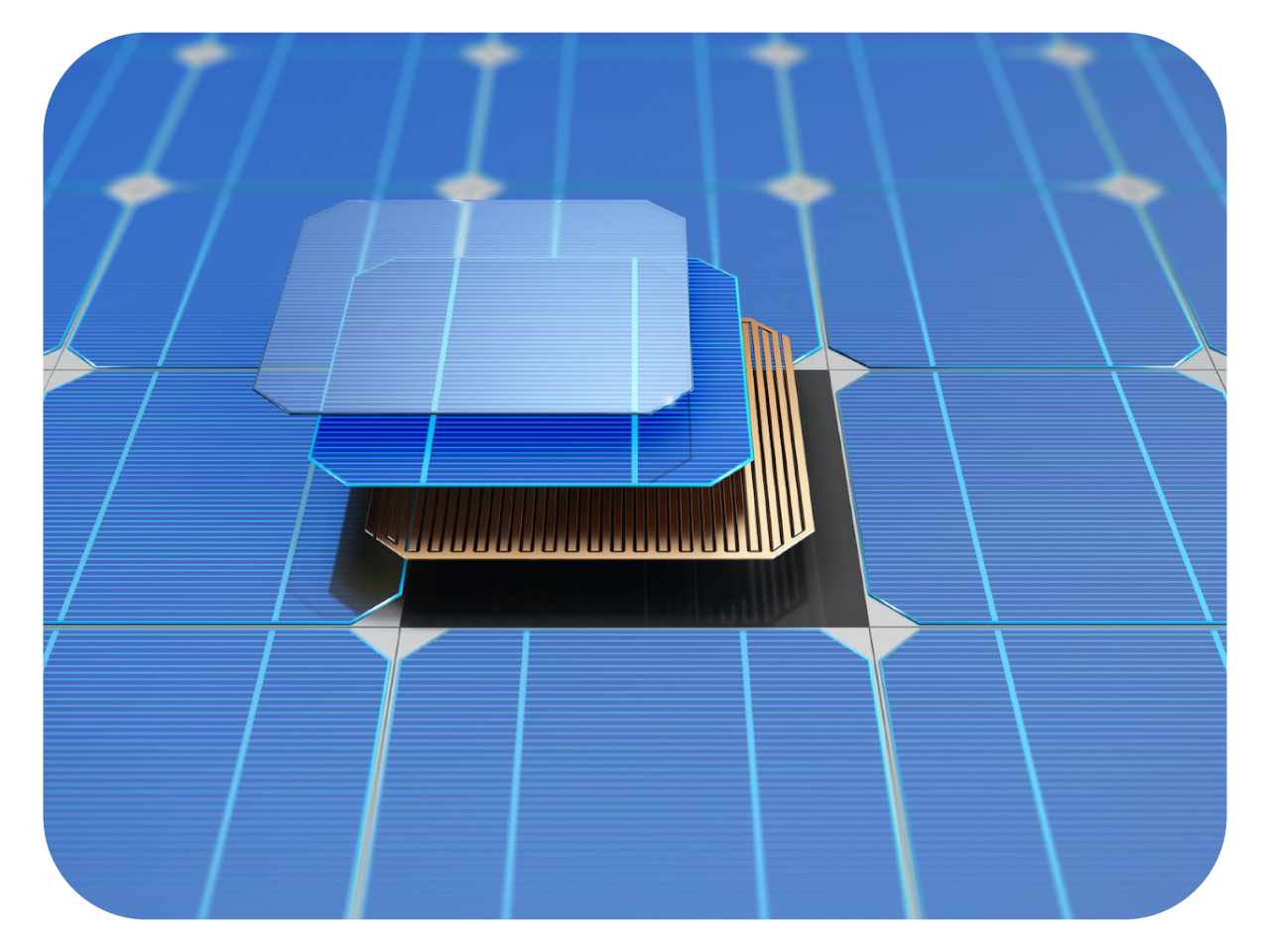 Solar power was stagnant to develop in its early stages. Although solar cells were originally used for space travel in 1958, they were mostly used in small-scale applications like pocket calculators in the 1970s, and it took over 20 years for a complete household to be powered by electricity. The triumph of photovoltaic technology began in the early 1990s, and solar energy derived from the visible spectrum is now ubiquitous.

Today marks the start of the next step in this evolutionary process: Photovoltaic 2.0, also known as NEUTRINOVOLATAIC. The Neutrino Energy Group is working with scientists around the globe on developing new high-tech materials based on spiking carbon derivatives that can convert a portion of the non-visible spectrum into power. NEUTRINOVOLATAIC is a type of solar cell that can generate electricity even in complete darkness, and it may soon be able to use it to supplement traditional photovoltaic systems.

Holger Thorsten Schubart, CEO of the Neutrino Energy Group, emphasized, “We need to address the difficulties of the future.” “Subjects like energy production and environmental preservation are more important today than they have ever been, and they necessitate forward-thinking as well as imaginative, long-term solutions. We require new technology to assist us in transitioning away from the usage of fossil fuels, thereby releasing us from our reliance on countries that control these resources.” Schubart went on to say that current scientific findings must be used in the development of new approaches in the realm of energy technology. 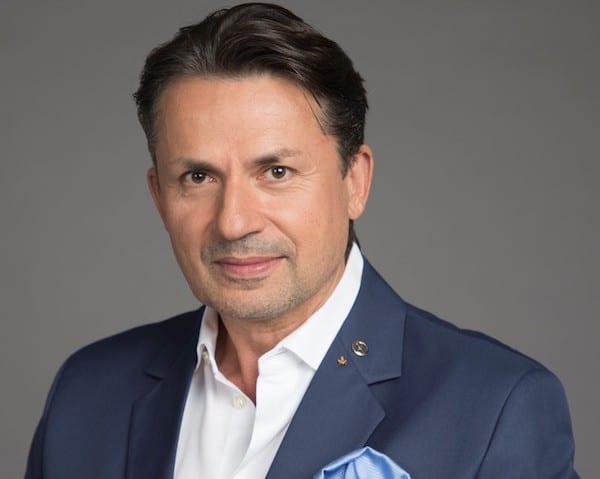 Schubart also chastised the way the general public is kept in the dark about recent advances in energy research, emphasizing their enormous potential to alleviate today’s challenges. “It is undeniable that the invisible radiation from space provides us with more energy on a daily basis than the world’s remaining fossil fuel reserves put together. This massive energy source must be harnessed. “For the future, that has to be the subject of serious research,” Schubart demanded.

Neutrinos: The acquisition of knowledge

The United States and many other countries have already accepted important Neutrino research results. “Knowing the origin of a single neutrino is exciting, as is being able to document neutrino activity in the eternal ice at the South Pole and occasionally capturing a particle, but one should never lose sight of the actual goal of the millions of dollars being spent on this research, namely the acquisition of knowledge that can help us to create a better world,” Schubart said.

“Recent scientific results have now put us in a position to be able to derive energy from invisible, high-energy cosmic and solar radiation utilizing neutrinovoltaic technology,” the CEO of the Neutrino Energy Group said, citing the official viewpoint of the US Department of Energy. 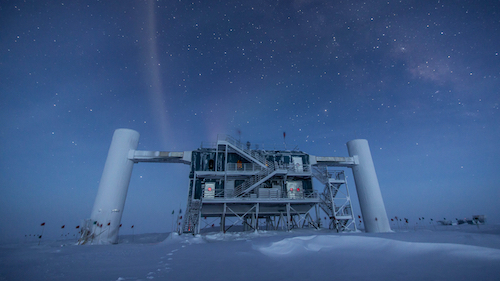 The Neutrino Energy Group had already published its theory on the conversion of non-visible cosmic radiation into usable energy at the beginning of 2015, and this was subsequently indirectly supported by the Nobel Laureates in Physics’ research in 2015, which established that neutrinos have mass. Scientists from the University of Chicago were able to demonstrate two years later that neutrinos may actually cause molecules to move, laying the groundwork for neutrinovoltaic technology.

Neutrinos can set molecules in motion in the same way that wind causes the blades of a windmill to spin. However, the neutrinos must collide with a very dense material in order to achieve this. They give up a little percentage of their kinetic energy as they pierce this material. Huge numbers of neutrinos continuously bombard every place on our planet, 24 hours a day, and hence even in utter darkness. Each second, 60 billion neutrinos are expected to pass through a square centimeter of the earth’s surface.

Neutrino activity cannot be detected under normal circumstances because the materials found in nature are not thick enough to be influenced by them on a regular basis. However, some scientists believe that neutrinos do impact or even induce certain biological processes, even if they go unnoticed at the moment. The fact that neutrinos account for a significant portion of the energy in our cosmos is undeniable. The challenge for future generations is to use NEUTRINOVOLTAIC technology to tap into this energy.

The Neutrino Energy Group has developed and patented a material dense enough to be influenced by neutrinos in collaboration with highly skilled material researchers (Atomic Vibrations at Nano Materials). This material will be used to make the cores of NEUTRINOVOLAIC cells.

Several extremely thin layers of spiking graphene and silicon are put to a suitable substrate to achieve the desired effect. When neutrinos pass between these layers, they are not trapped, but they do provide graphene vertical impulses while causing silicon particles to move horizontally. These atomic vibrations create a resonance that is transmitted over to the substrate when the layers are thin enough, and the kinetic energy generated can be turned into electricity. The larger the area, the more power is generated, and even a basic calculation can show that enough electricity may be generated to one day eliminate the need for power cables and electrical plugs.

ONE OF THE MOST PROMISING APPROACHES IS NEUTRINOVOLTAIC

“We are now in the twenty-first century, with space travel becoming a reality, doctors operating with lasers, and all of us owning smartphones with touchscreens. “However, when it comes to energy generation, we’re still standing in a phone booth that only accepts pennies and has a rotary dial,” Schubart remarked. “We need to create chances for innovation, not hinder them with an overemphasis on tradition and fear!” said former Austrian Undersecretary Gernot Spanninger. The slogan in this context is: “The importance of a technical revolution in the field of energy generation cannot be emphasized strongly enough – or frequently enough.” The current Global Risk Report, according to Spanninger, confirms the results of the recent Katowice Climate Change Conference: “The greatest hazards at this time are climate change and the extreme weather events that come from it.” Our environment, as well as the well-being of future generations, cannot wait any longer. It’s time to put the most recent scientific discoveries into action! In the sphere of energy production, NEUTRINOVOLTAIC technology offers unimagined possibilities. It’s one of the most promising ways to energy technology development in the world.

Professor Günther Krause, a Neutrino Energy Group scientific partner, pointed out that newer, firmer, harder, and at the same time more elastic composites must be developed in order to fully utilize the energy of cosmic radiation – neutrino radiation in particular – because they play a critical role in converting the kinetic energy arising from neutrino collisions with molecules. In this respect, Krause cited a patent application with the number WO2016142056A1 and noted that practical solutions must be created after rigorous laboratory testing to allow for the use of the renewable and almost limitless electricity generated by this technology. He also stated that these new approaches will necessitate the development of new procedures and cognitive processes. According to Krause, the adoption of this environmentally friendly technology will eventually result in a revolution in energy production as well as global climate stability.

“Now that it has committed to a transition away from nuclear energy and coal, the German government must focus on the prospects given by neutrino radiation as its principal alternative for boosting renewable energy resources,” Professor Krause said.