Science fiction and fantasy fans can look forward to a new sci-fi trilogy that will unveil the many ‎secrets hidden in the desert. ‎ 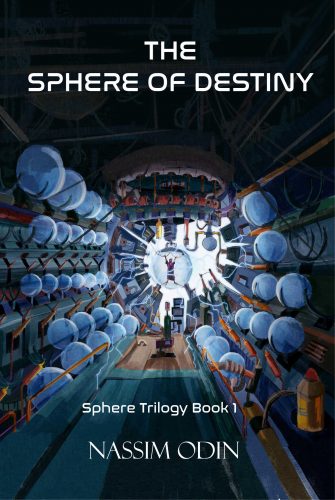 The Sphere Trilogy, a new trilogy that blends medieval history and science fiction, has recently ‎been released on Amazon. The three-part young adult science fiction series is an exciting reading ‎that centers on a daring alchemist, a rogue alien, and a battle of nerves and emotions. ‎

The book is packed with vivid fantasy and suspense. And readers are treated to a tale of struggle ‎between a human and an alien for survival as the author brings the scenery of ancient pyramids ‎and alien planet Lyra to life. ‎

The first of the three-part series, "The Sphere of Destiny" starts off the story with a long-time ‎medieval alchemist, Al-Khidr as he stumbles upon a mysterious metallic relic inside the Pyramid ‎of Giza. Curiosity catapults the alchemist through space and time to a mysterious planet called ‎Lyra, and he faces obstacles to doing what is correct and just. ‎

The second book, "The Cure of Stars" continues the story of Al-Khidr as he is now back on earth. ‎Time has passed and the hero of the historical fiction now finds himself caught in the era of ‎Napoleon's invasion of Egypt as he struggles to recover a plant that is supposedly a cure while ‎being chased by an alien predator. ‎

The plot thickens in the third book, "The Revenge of Hatathor" as Al-Khidir returns to planet Lyra ‎to find a dystopian environment. In a race with time, he must save himself and bring the cure to ‎the aliens who were supporting him. ‎

‎“Each word is turned into reality as if watching a film on a big screen,” says a reader, adding that ‎the book shows a lot of depth in research." The release of trilogy marks the 200th death ‎anniversary of the highly revered French emperor Napoleon Bonaparte. ‎

Nassim Odin, the author of the Sphere trilogy, loves reading about ‎ancient civilizations since he was young. He started writing science fiction novels in 2020 and has ‎another published fantasy book titled “The Sands of Abzu”. ‎

Nassim Odin is an new author in the fantasy and science fiction genres. His latest book, ‎the Sphere Trilogy, uses an ancient Arab historian narrative to connect history with science fiction ‎to weave an adventure of traveling through space and time. When not writing, Nassim teaches ‎engineering and spends his time painting, cooking, traveling, and learning languages. ‎