By: StockMarket.com
Top Autonomous Stocks To Watch In The Stock Market Right Now

While autonomous vehicle (AV) stocks remain one of the most exciting tech industries in the stock market today, it is also one that may require time to grow. The AV space may be relatively young now, but many companies are already showing interest and taking action to have a piece of the pie. These would include some of the tech giants such as Intel Corporation (NASDAQ: INTC) that has a company dedicated to autonomous driving, Mobileye. Well, it is not surprising given that the industry is projected to be a multibillion-dollar industry in the not-so-distant future.

Also, it appears that there will be another player in the industry soon. Xiaomi Corp (OTCKMKTS: XIACF) recently announced that it will buy AV tech startup Deepmotion for about $77.4 million. This announcement comes after the company reported a better-than-expected financial result for its second quarter. Some may be unaware that the company has now taken top spots in the smartphone industry in many countries. So, the fact that it is showing interest in the AV space is very intriguing, to say the least. With all that being said, do you have this list of autonomous vehicle stocks to buy in the stock market right now?

Aptiv is a global tech company that focuses on serving the automotive sector. It has a strong influence in the industry through its joint venture with Hyundai Motor Group to form Motional, an autonomous vehicle company. Besides that, the company also provides electric and electronic solutions and active safety solutions to the AV markets. If you had invested in APTV stock a year ago, you may have profited over 80% by now.

Earlier this month, the company began testing its autonomous vehicles in the streets of Los Angeles. It expanded its presence in California by opening new operations facilities, hiring more engineers, and adding a new office. So far, Motional already tests its AVs in Boston, Las Vegas, Pittsburgh, and even Singapore. These tests are a small but important step in the right direction for the company to prove the reliability of its self-driving technology.

Also, Aptiv announced its second-quarter earnings result earlier this month. The company posted GAAP revenue of $3.8 billion, representing an increase of 94% year-over-year. Furthermore, it posted a GAAP net income of $147 million compared to a net loss of $369 million in the prior year’s period. The company’s strong start to the year is a testament to its portfolio of market-relevant technologies aligned to the safe and connected megatrends. Given all these, would you add APTV stock to your watchlist? 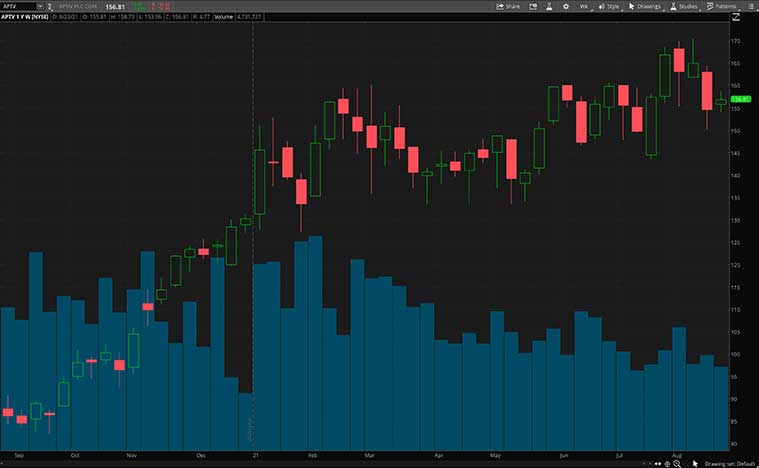 Following that, we will be looking at Chinese tech giant Baidu. The company is known for its search platform, Baidu.com. Much like Google search, you could find information online, including Webpages, news, images, and many more. Recently, Baidu has been pushing forward with its Intelligent Driving and AV solutions.

Last week, the company held its annual flagship tech conference, Baidu World 2021. Baidu showed how its latest innovations will transform and improve transportation, industry, and our daily lives. The company CEO Robin Li unveiled his vision for mobility through “robocars”. He believes that cars of the future will drive autonomously and act as both an intelligent assistant and loyal companion while having the ability to self-learn. These visions may seem a little far-fetched at this point but we also know that it is possible given how fast technology is advancing.

Not only that, but Li also spoke about the shift to the AV driving 2.0 era, which is marked by a transition from the technical verification stage to large-scale commercial operations. He announced a new Luobo Kuaipao robotaxi mobile platform that aims to commercialize autonomous driving. Hence, hailed AV will be more accessible to the broader public. With all these exciting developments in the AV space, would you consider BIDU stock as a top AV stock to watch? 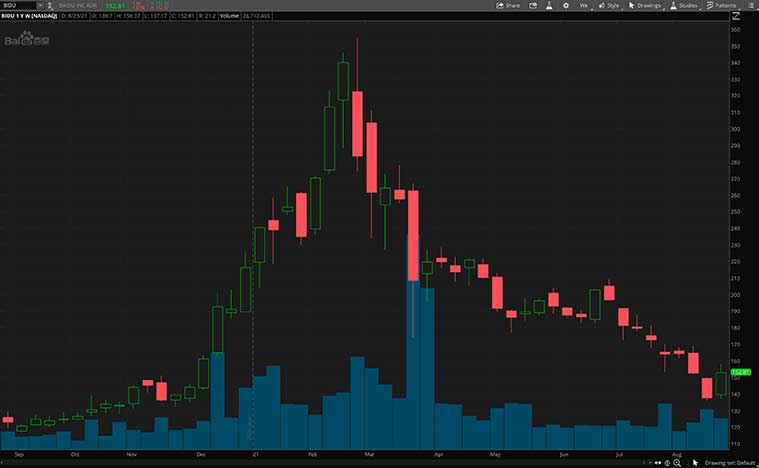 Next, we have the global tech giant, Alphabet Inc. Most would be familiar with the company’s products including Google Search, Gmail, YouTube, and Google Cloud. But what some may not be aware of is, Alphabet also has a self-driving car project that was started more than a decade ago with the goal of driving autonomously. Today, the project has turned into Waymo.

This week, Waymo announced that it will start offering autonomous rides to the public in San Francisco. Actually, this service was already available to its employees in its earlier versions of the commercial program. However, people who are now interested can apply through the Waymo One app to take part in the “Trusted Tester” program to get free rides. In exchange, users will have to give feedback that would help to improve the company’s AV experience.

While it may be completely autonomous, there will still be a human safety driver at the front seat. So, if you’re in the area and want to give it a go, you shouldn’t be worried. After all, Waymo does have approximately 300 vehicles running in Phoenix. And some of which operate without a safety driver. With all said and done, if Waymo successfully coasts its way throughout the narrow streets of San Francisco, it would be a huge success for the company. Hence, would you bet on the future of GOOGL stock in the AV industry? 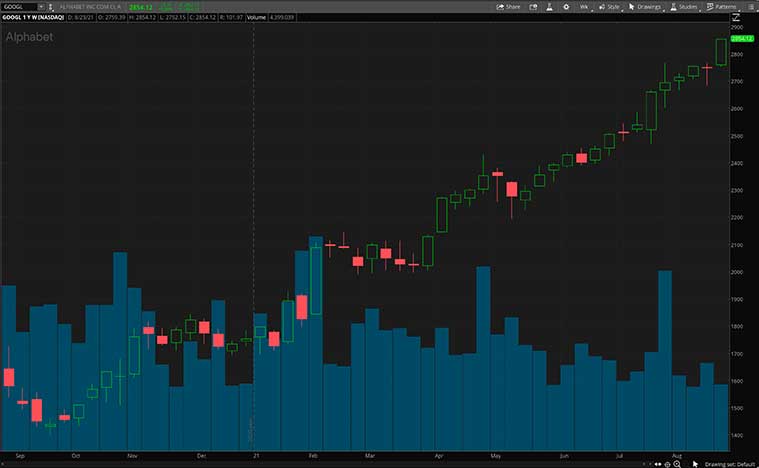 To sum it up, we have the AV and lidar technology company, Luminar. Essentially, the company specializes in long-range lidar products for autonomous driving. It now has two segments, Autonomy Solutions, and Other Component Sales. While LAZR stock has risen over 50% over the past year, it has been facing some turbulence in the stock market this year. That said, some may consider this as an attractive opportunity.

Earlier this month, the company announced one of its most impressive quarters yet. Luminar announced revenue of $6.3 million, up by 84% year-over-year and an increase of 19% compared to the prior quarter. Thus, this has allowed the company to raise its full-year 2021 revenue guidance to $30 to $33 million. The company has been relentlessly executing and beating each of its goals set this year.

Luminar is certainly not resting on its laurels. Last Friday, it announced the addition of four industry leaders to fuel its push to its next phase of growth and execution. These additions will bring a combined century of professional experience in the automotive and tech industry. One of the notable appointments would be Sardar Gautham who will be the Vice President of Business Operations and Alignment. He previously served as head of hardware strategy and execution at Waymo. All things considered, would you consider buying LAZR stock on the dip? 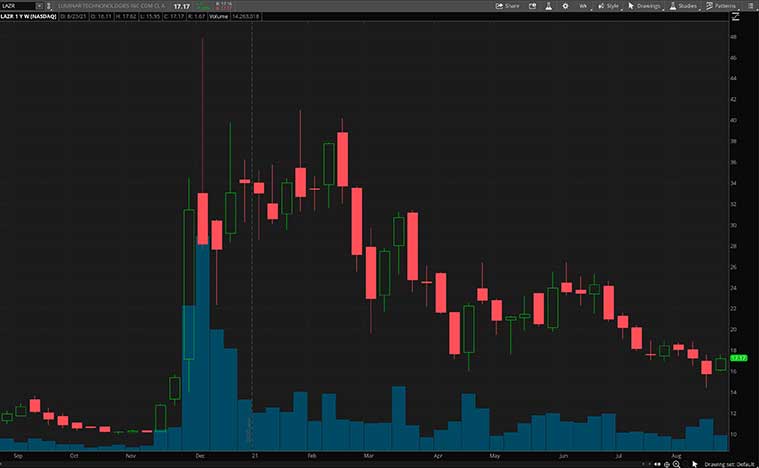