By: StockMarket.com
4 Top Renewable Energy Stocks To Check Out In The Stock Market Today

When considering what stocks to buy today, investors may want to consider renewable energy stocks now. For the most part, this section of the stock market remains one of interest. After all, the global effects of climate change have and continue to worsen despite the world’s best efforts in recent years. So much so that climate change is reportedly making events such as the deadly floods in Germany up to 9 times more likely, according to the World Weather Attribution initiative. Meanwhile, carbon emissions from the global electric power sector are now surging past pre-pandemic levels according to London-based environmental think tank Ember.

What does all this mean for renewable energy stocks? Well, simply put, all of these factors would serve to drive demand for the industry’s services. This would be the case as countries across the globe seek to join the global green movement. If anything, the industry appears to be hard at work across the board as well. Earlier today, electric vehicle (EV) truck company Lordstown Motors (NASDAQ: RIDE) appointed Daniel Ninivaggi as its new CEO. With Ninivaggi’s background in the automotive and transportation industries, some would argue that Lordstown could be looking to jump-start its EV truck plans.

On top of that, companies in the solar energy space like Daqo New Energy (NYSE: DQ) are thriving as well. Just last week, Daqo reported solid figures in its second-quarter fiscal. This includes massive year-over-year jumps of 72% in total revenue and 178% in net income. Having read all of this, you might be keen on investing in the top renewable energy stocks in the stock market today. In that case, here are four worth noting now.

Best Renewable Stocks To Buy [Or Sell] Ahead Of September 2021Plug Power Inc.

Plug Power is a renewable energy company with headquarters in New York. The company essentially develops hydrogen cell systems that replace conventional batteries in equipment and vehicles powered by electricity. It has also revolutionized the material handling industry with its full-service GenKey solution, which is designed to increase productivity, lower operating costs, and reduce carbon footprints. PLUG stock has enjoyed gains of over 95% in the past year alone.

On August 10, 2021, the company announced that it has broken ground on the site of a new green hydrogen production plant in Camden County, Georgia, where 15 tons of liquid green hydrogen will be produced per day. Plug Power has invested $84 million into the facility as it affirms its continued commitment to establishing the first North American green hydrogen supply network.

Impressively, the company is also already the largest buyer of liquid hydrogen globally. This plays on forecasts that green hydrogen will play an essential role in meeting greenhouse gas emissions targets worldwide and could benefit Plug Power in the long run. For these reasons, will you consider buying PLUG stock? 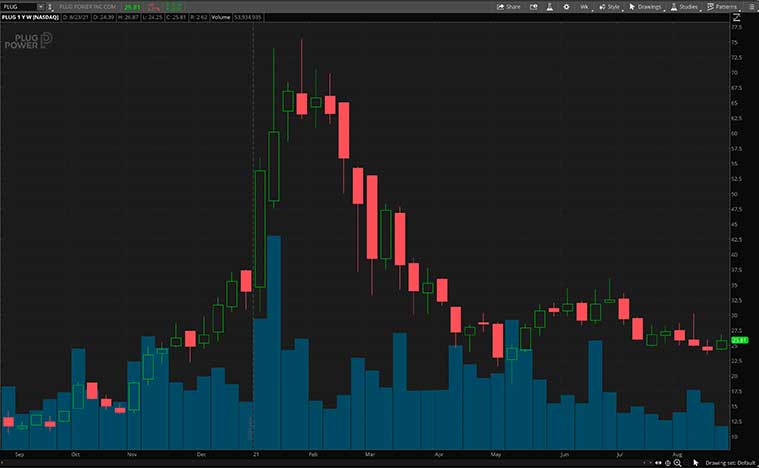 Brookfield Renewable Partners (BEP) is a company that operates renewable power assets. With a presence in more than 30 countries, it has one of the world’s largest renewable energy assets. In detail, it has approximately 21,000 megawatts of generating capacity. Its assets are located all over the world and comprise a diverse technological base of hydro, wind, utility-scale solar, and other renewable technologies.

Earlier in the month, the company announced strong second-quarter results. This strong quarter is a result of progress in several key strategic initiatives that include a 25-year contract-for-difference to support almost 1.5 gigawatts of offshore wind. BEP has also initiated one of the largest onshore wind repowering in the world and has entered into a strategic collaboration with the world’s largest corporate buyer of renewable power.

The company has also generated funds from operations (FFO) of $268 million, a 23% increase on a normalized per unit basis year-over-year. It also signed 28 agreements for approximately 800 GWh of renewable generation with corporate off-takers across all major industries. All things considered, will you buy BEP stock right now? 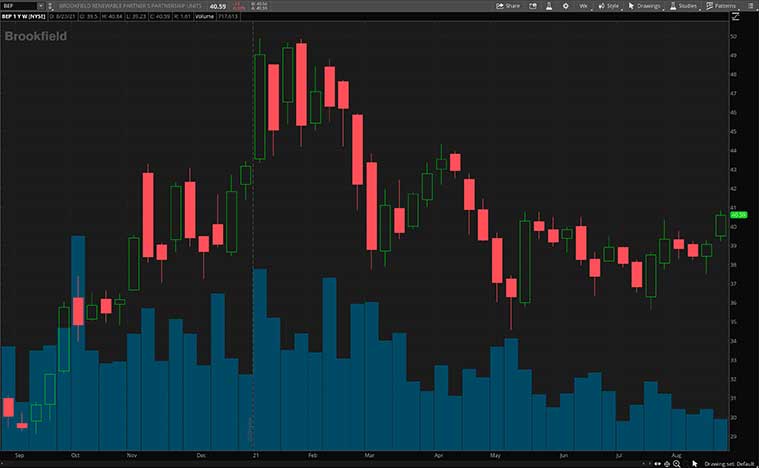 Enphase is a renewable energy company with headquarters in California. It is the world’s leading supplier of micro inverter-based solar-plus-storage systems. Also, it delivers smart, easy-to-use solutions that connect solar generation, storage, and energy management on its one intelligent platform.

Furthermore, the company’s semiconductor-based microinverter system converts energy at the individual solar module level, enhancing efficiency. ENPH stock is up by over 130% in the past year.

Today, the company announced that it has renewed its partnership with GRID Alternatives, a national nonprofit providing access to clean, affordable renewable energy. In late July, the company also reported its second-quarter financials. Among the highlights include revenue of $316.1 million for the quarter and it shipped over 2.3 million microinverters or 796 megawatts DC and 43-megawatt hours of Enphase Storage systems. Given the impressive quarter, is ENPH stock a buy for you? 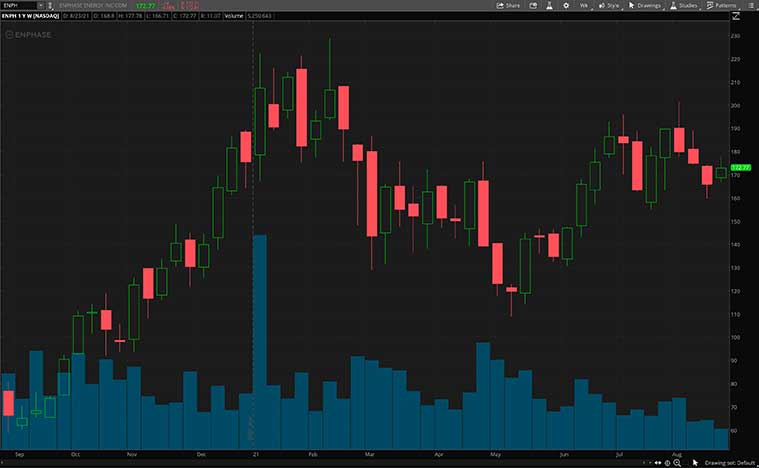 Last but not least, we have Tesla, an electric vehicle and clean energy company. In essence, it designs and manufactures electric cars and energy storage. In 2020, the company had the most sales of battery electric vehicles and plug-in electric vehicles, capturing 16% of the plug-in market and 23% of the battery-electric market. The company’s Tesla Energy is a major installer of photovoltaic systems in the U.S.

While all that is great, Tesla does not seem to be slowing down on the operational front anytime soon. Earlier today, news broke that the company has begun delivery of its Model Ys in Europe ahead of schedule. To accomplish this, Tesla is now shipping some of the Model Ys from its Shanghai facility. This would be a strategic play by the company to keep up with rising demand in the region. Not to mention, Tesla continues to refine the tech behind its EV offerings as well. In particular, the company unveiled the brains of its supercomputer, Dojo.

According to CEO Elon Musk, the neural network training computer processes imaging data four times faster than regular computing systems. Ideally, this would provide a significant boost to its existing autonomous driving tech. Could all this make TSLA stock a top buy for you now? 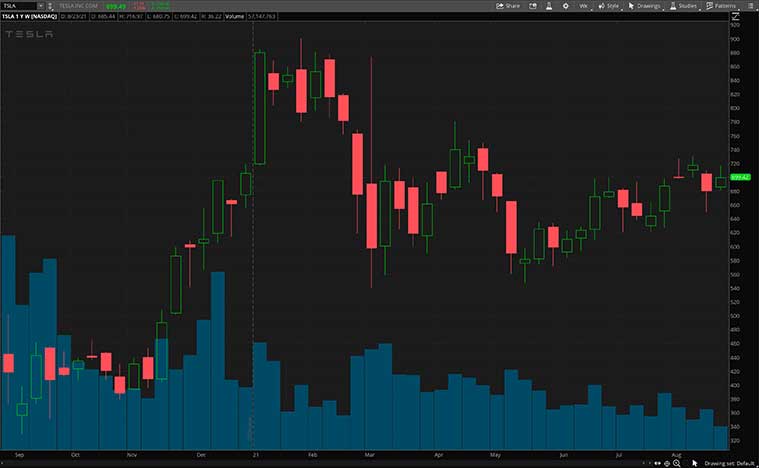