By: TechCrunch
Nowports, an automated digital freight forwarder in Latin America, has raised $16 million in Series A funding. Mouro Capital — a venture capital fund focused on fintechs and adjacent businesses that is backed by Banco Santander — led the round for the Monterrey, Mexico-based startup. Foundation Capital also participated in the financing, which included participation […]

Nowports, an automated digital freight forwarder in Latin America, has raised $16 million in Series A funding.

Mouro Capital — a venture capital fund focused on fintechs and adjacent businesses that is backed by Banco Santander — led the round for the Monterrey, Mexico-based startup. Foundation Capital also participated in the financing, which included participation from existing backers Broadhaven Ventures, InvestoVC, Monashees, Base10 Partners and Y Combinator.

A number of angels also put money in the round, including Justo.mx founder Ricardo Weder, Luuna’s Carlos Salinas from Luuna and Tinder co-founder Justin Mateen. The investment brings Nowports’ total raised since its 2018 inception to over $24 million.

Nowports raised its initial seed round in 2019 after graduating from Y Combinator’s Winter 2019 batch with a mission to innovate the freight forwarding industry by helping companies improve the import process. Its software and services track freight shipments from ports to destinations across Latin America. Over time, it has expanded its offerings and now also automates insurance policies for, and provides financing, to its clients.

“In this way, we allow our clients to import and export more, which helps them grow their businesses and improves the foreign trade conditions of the region,” said Nowports CEO and co-founder Alfonso de los Rios.

The company currently has offices in Mexico, Chile, Colombia, and Uruguay. Nowports plans to use its new capital in part to expand its 160-person team to China, according to de los Rios. It also plans to expand its logistics and financial services and to “solidify its most important routes.” 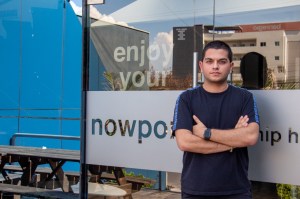 “With platforms, algorithms with AI and integrations, our platform allows companies to take control of their shipments and plan and predict the best timing to move the freight based on the needs of their own company,” he said at the time of the company’s seed raise. “Our goal with the series A is to position ourselves as the biggest digital freight forwarder in the region and expand our venture financing solution.”

Tens of millions of containers are imported and exported from Latin America each year, and nearly half of them are either delayed or lost due to mismanagement. And, an estimated 50% of shipping containers suffer delays due to disorganized processes or errors during transport, which ends up costing companies billions per year. It’s a big opportunity. And, Nowports pledges to shippers that its digital management software will keep track of each container.

“Slow, inefficient, and manual processes in international logistics are disassociated from today’s technological world”, said Nowports co-founder and COO Maximiliano Casal. “Customers are looking for solutions that can improve their logistics processes adapted to current challenges of international trade.”

The two co-founders of Nowports met at a program at Stanford University, with de los Rios hailing from a family with deep ties to the shipping industry. He and Casal linked up and the two began plotting a way to make the deeply inefficient industry more modern and transparent. To familiarize himself with the market for which he’d be developing a technology, Casal worked with a freight forwarder in Kansas City that had been operating for more than 30 years.

Michael Sidgmore, co-founder and partner of seed round lead investor Broadhaven Ventures, described the team as “visionaries in the freight forwarding industry who see the ability to build the operating system for the shipping industry, much like Carta has done for equity ownership.”

The need to track and digitize the supply chain process was never more apparent than with the recent blockage of the Suez Canal by the Ever Given, which became a meme that represented the impacts of inefficiencies in the supply chain, Sidgmore said.

“Nowports has created industry leading technology to help its customers know when to turn starboard or port side,” he added.

Chris Gottschalk, senior advisor of Mouro Capital, said the Nowports platform brings both “transparency and technology” to a global client base.

Goldman Sachs leads $202M investment in project44, doubling its valuation to $1.2B in a matter of months