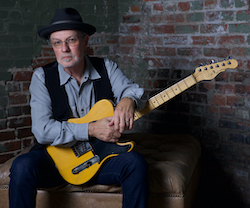 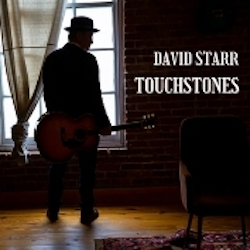 I'm so excited to join forces with AirPlay Direct﻿ for my 'Touchstones' album project. I have worked with them on many albums in the past & it's a wonderful platform to extend the reach of my music.”— David Starr, Independent Artist - Songwriter - ProducerNASHVILLE , TN, USA, June 11, 2021 /EINPresswire.com/ -- Cedaredge Music is pleased to announce the on-going release of new singles from David Starr’s album "Touchstones."

This project features a new digital single release every month for one year. The first seven singles, “Drive” (The Cars), “Angel From Montgomery” John Prine), “I’ve Got To Use My Imagination” (Gladys Knight), “Someone Like You” (Van Morrison), “These Days” (Jackson Browne), “Gotta Serve Somebody” (Bob Dylan), and “Every Kind of People” (Robert Palmer) are available to global radio now.

During a year where COVID-19 stopped the world in its tracks, Starr took time to reflect on and experience anew the music that shaped his own. Many of the songs he chose to record he describes as "musical comfort food".

"I am so excited to join forces with AirPlay Direct﻿ for my 'Touchstones' album project," said David Starr, Independent Artist / Songwriter / Producer. "I have worked with them on many albums in the past and it is such a wonderful platform to extend the reach of my music.

In the midst of quarantine, I wanted to get back to some of the songs that first inspired my love of music, and experience them in a new way. Some of the songs were lyrically inspiring, some were songs I'd played in bands over the years. Some just felt good to sing and play. Others brought back fond memories or a kind of familiar melancholy. There’s even one new original song in the mix!"

Starr continues to say, "I've been releasing one single a month leading up to a full album release this October. It's been a fun ride and I hope to reach even more listeners with AirPlay Direct!"

"David Starr’s compelling voice has been honed not only by touring nationally and internationally with top performers, but by choosing songs by artists whose audible and philosophical voices are legendary. Touchstones, Starr’s new project, features John Prine’s “Angel From Montgomery,” Jackson Browne’s “These Days,” Dylan’s “Gotta Serve Somebody” and nine other classics." ~ Elmore Magazine

AirPlay Direct offers a variety of specialized professional services to work your music and brand to global radio, but specialize and EXCEL at advanced strategies and promotions for global radio. The APD Eco-System is an amazing business platform for artists, labels, managers, etc., to securely and effectively deliver, market and promote their music to radio stations around the world.

About Collective Evolution: Collective Evolution is a boutique entertainment and media consulting firm. Our clients include recording artists, record labels, record producers, management companies and radio promotion / PR firms. We deliver creative consultative services and customized business solutions to our clients based upon their specific needs and goals.