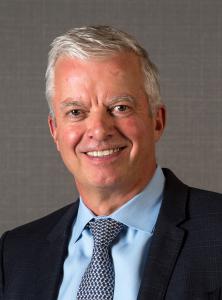 Mark Millett, president and chief executive officer of Steel Dynamics, will receive a Doctor of Engineering honorary degree from Rose-Hulman Institute of Technology on May 29 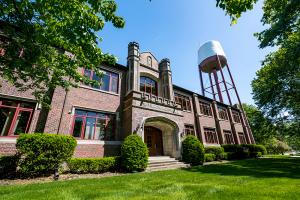 Mark Millett has been instrumental in building Steel Dynamics into one of the nation's largest and fastest growing steel producers and metals recyclers.

Under Mark Millett’s leadership, Steel Dynamics is not only leading the steel industry in innovative technologies but creating the leaders of today and tomorrow, including several Rose-Hulman alumni.”— Robert A. Coons, President, Rose-Hulman Inst. of Tech.TERRE HAUTE, INDIANA, UNITED STATES, May 20, 2021 /EINPresswire.com/ -- Steel Dynamics President and Chief Executive Mark Millett will be awarded a Doctor of Engineering honorary degree from Rose-Hulman Institute of Technology during the college’s in-person, outdoor Commencement on campus May 29.

Millett co-founded Steel Dynamics in 1993 and has been instrumental in building the company from its inception to its current status as one of the largest and fastest growing steel producers and metals recyclers in the United States. The company’s operations include the Heartland Flat Roll Division in Terre Haute and its leadership team features several Rose-Hulman alumni.

During 2019, Millett received the James F. Collins Achievement in Advocacy Award by the Steel Manufacturers Association and in 2014 he was named Steelmaker of the Year by the Association of Iron and Steel Technology.

“Under Mark Millett’s leadership, Steel Dynamics is not only leading the steel industry in innovative technologies but creating the leaders of today and tomorrow, including several Rose-Hulman alumni,” says Rose-Hulman President Robert A. Coons. “We’re looking forward to recognizing Mark Millett during this special day for our institute and the Class of 2021.”

Millett has driven innovation in advanced flat roll steel products and continues to lead in further developing steel technologies, expanding product capabilities, adding value, and creating supply chain solutions. His leadership team has created a best-in-class, innovative steel company that has been committed to operating in an environmentally responsible manner since its founding.

Millett will join Team Penske President Tim Cindric in being awarded honorary doctorate degrees at this year’s Rose-Hulman Commencement. Cindric also will address the Class of 2021 as Commencement speaker.

Other Rose-Hulman Commencement details are featured on the event’s web page.

About Rose-Hulman Institute of Technology
Founded in 1874, Rose-Hulman Institute of Technology is dedicated to preparing its students with the world’s best undergraduate science, engineering and mathematics education in an environment infused with innovation, intellectual rigor and individualized attention. The institute is consistently recognized nationally as an elite STEM school for distinctions that include faculty excellence, return on investment, value-added, and career services. Career placement is near 100 percent year after year. Located in Terre Haute, Indiana, Rose-Hulman has an enrollment of approximately 2,000 undergraduate students and nearly 100 graduate students. Learn more at rose-hulman.edu.