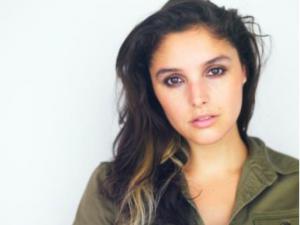 LOS ANGELES, CA, USA, May 13, 2021 /EINPresswire.com/ -- Actress and producer Sheila Houlahan, last seen in a supporting role in the Warner Bros.’ hit The Little Things, is executive producer and lead actress for a new hybrid feature film entitled Night, Mother, set to premiere at the end of summer 2021 and stream exclusively on Twitch.

This feature film is a hybrid project, with traditional, pre-filmed content interwoven throughout live performance. The film is set on a Zoom call and centers around concentric circles of grief, isolation and suicide during the COVID-19 pandemic. The project is an adaptation of Marsha Norman’s Pulitzer prize-winning play. The film aims to highlight the effects of isolation and the looming mental health crisis generated by a world forced to remain in lockdown for over a year. Houlahan’s goal with this project is to generate discussion about flaws and gaps in our current mental health care system and empower folks struggling from 14 months in lockdown and isolation with resources and tools for immediate care. The film is a gentle reminder that it will take a collective spirit of grace to get through the trauma of COVID-19 together.

Houlahan plays the role of Jessie in the production, with award-winning voiceover actress Ellen McLain slated to play the other leading role of Thelma/Mama. John Patrick Lowrie is set to direct, with cinematographer Trevor Roach taking the helm on creating a truly innovative visual narrative. Living legend Eli Reed is slated to do all stills photography for the piece.

Ellen McLain, the voice of GLaDOS in the hit video games Portal and Portal 2, received the AIAS Interactive Achievement Award for Outstanding Achievement in Character Performance and the Spike TV Video Game Award for best performance for her work as the conniving, evil robo-computer. Fans will also recognize her as the voice of Broodmother and Death Prophet in DOTA2.

Trevor Roach is an award-winning cinematographer. His film Esta es tu Cuba received numerous awards, including a Student Academy Award, a Student Emmy, a Student BAFTA nomination, the 2019 “Best Student Film” award at Cannes and the 2019 HBO Ibero American Short Film award. Trevor is also known for his work on the mini-series ‘Prom Knight’, which trended #2 worldwide on YouTube.

John Patrick Lowrie, co-winner of the Best Script for an Audio Drama at the 2015 Moondance International Film Festival, is renowned worldwide for his work voicing the Sniper in TF2, Pudge, Storm Spirit, Doom, Earthshaker, Shadow Fiend, Ancient Apparition and Dark Seer in DOTA2, Balaram in Lord of the Rings: War in the North, Sword Control in Halo: Reach, as well as roles in Halo: ODST, Half-Life 2 and numerous other critically-acclaimed video games.

Legendary photographer Eli Reed was the first full-time black photographer employed by Magnum Agency. Reed is a former Niemen Fellow at Harvard University, and is currently the clinical professor of photojournalism at the University of Texas at Austin. He was a runner-up for the Pulitzer prize for feature photography in 1982, and is a Sony Global Imaging Ambassador as well as a recipient of the World Press Award and Overseas Press Club Award. Reed’s credits for still feature film photography include films such as One Hundred Years of Freedom, 2 Fast 2 Furious, Two Weeks Notice, A Beautiful Mind and dozens of other cinematic masterpieces.