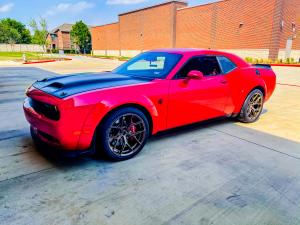 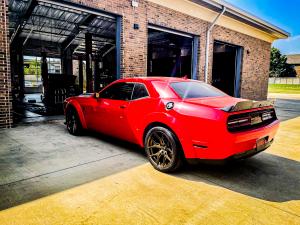 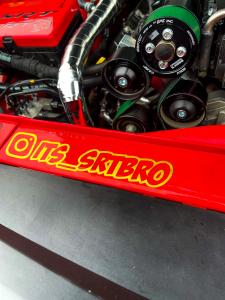 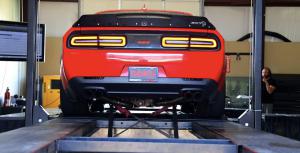 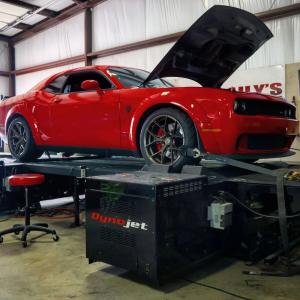 The car, a 2020 Dodge Challenger SRT Hellcat Redeye, is breaking all previous records.

FORT WORTH, TEXAS, UNITED STATES, May 13, 2021 /EINPresswire.com/ -- A 2020 Dodge Challenger SRT Hellcat Redeye named GOKU has been named as possibly the fastest Hellcat Redeye in Texas. The car, which just made 1024 Rear Wheel Horsepower (RWHP), was built and tuned by Baily’s Hyperformance in Fort Worth, Texas.

GOKU is now being recognized as one of the most powerful Redeyes in the world.

The car has a long list of modifications, including a built motor, built transmission, built suspension and rear end, also upgraded cooling, along with other supporting modifications.

GOKU’s engine is a forged 426 HEMI, with a Magnuson TVS2650 supercharger and Big John Racing Dual pulleys. Other features include:

The car is not sponsored, and it took almost a year in the making, as well as having to wait for parts during the COVID pandemic last year. Courtney says that the current goal for GOKU is to achieve low 8 second drag strip quarter mile numbers.

See more on owner Courtney Hall’s YouTube channel at https://youtube.com/c/SRTBRO, and find out more about Baily’s Hyperformance at https://bh-factory.com.

About Baily’s Hyperformance
Located in a 10,000 sq ft. facility with multiple service stations, Baily’s Hyperformance is an automotive customization shop located in Fort Worth, Texas specializing in Modern Mopar and Exotic Performance. The shop prides itself on its ability to complete all jobs in-house, while providing services and parts that suit each customer’s needs and budget.