Citigroup shares are up more than 20% YTD. Should I invest? 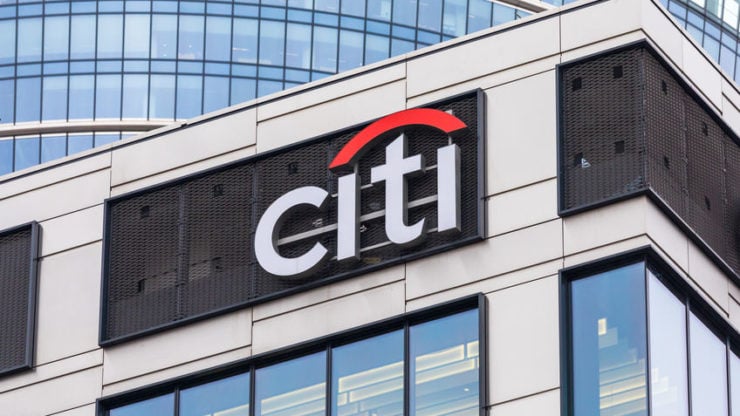 Citigroup shares have advanced more than  20% since the beginning of January 2021, and the current share price stands around $75. Citigroup reported better than expected first-quarter results last month, and according to the technical analysis, shares of this bank remain in a buy zone.

Fundamental analysis: Oppenheimer raised its price target from $112 to $177 on Citigroup

“We reported record net income driven by strong performance in our Institutional Clients Group and a significant release from our Allowance for Credit Losses, as a result of the improving economic outlook. While Global Consumer Banking revenues were down quarter-over-quarter as a result of the pandemic, this is the healthiest we have seen the consumer emerge from a crisis in recent history,” said Jane Fraser, Citi CEO.

Citigroup declared a $0.51/share quarterly dividend, which in line with the previous while the board of directors announced a potential 30% gain in buybacks this year. This bank has proven its stability during the Covid-19 pandemic, and the first-quarter earnings results showed that Citigroup is moving in the right direction.

Citigroup continues to respond to the needs of its clients in the best possible way and return capital to its shareholders. Following a decision from Goldman Sachs and Morgan Stanley, Citigroup recently announced that it is moving into the cryptocurrency market as its clients show increased interest.

Citigroup also announced its plan to invest in digital mortgage capabilities to reach underserved markets. This announcement is part of Citi’s $550 million goal to support affordable and workforce housing projects.

Citigroup is currently trading at a forward P/E ratio of only 9.5, the book value per share is around $88, and with the market capitalization of $156 billion, shares of this bank are reasonably valued. Oppenheimer raised its price target from $112 to $177 on expectations that Citigroup will continue to provide improvements in the upcoming quarters.

Citigroup expects a successful 2021, and as more people get vaccinated, economic activities will start to recover, which is driving investor sentiment. S&P Global’s annual U.S. Bank and U.S. Community Bank Market Reports show that outlook for bank returns is much more favorable currently than several months ago.

Citigroup shares have been moving in an uptrend last several months, and for now, the positive trend remains intact. If the price jumps above $80, the next target could be around $85, but if the price falls below the $70 support level, it would be a firm “sell” signal.

Citigroup continues to respond to the needs of its clients in the best possible way, and with the market capitalization of $156 billion, shares of this bank are reasonably valued. Citigroup reported better than expected first-quarter results last month, and Oppenheimer raised its price target from $112 to $177 on this bank.

The post Citigroup shares are up more than 20% YTD. Should I invest? appeared first on Invezz.

Related Stocks:
Citigroup
Data & News supplied by www.cloudquote.io
Stock quotes supplied by Barchart
Quotes delayed at least 20 minutes.
By accessing this page, you agree to the following
Privacy Policy and Terms and Conditions.