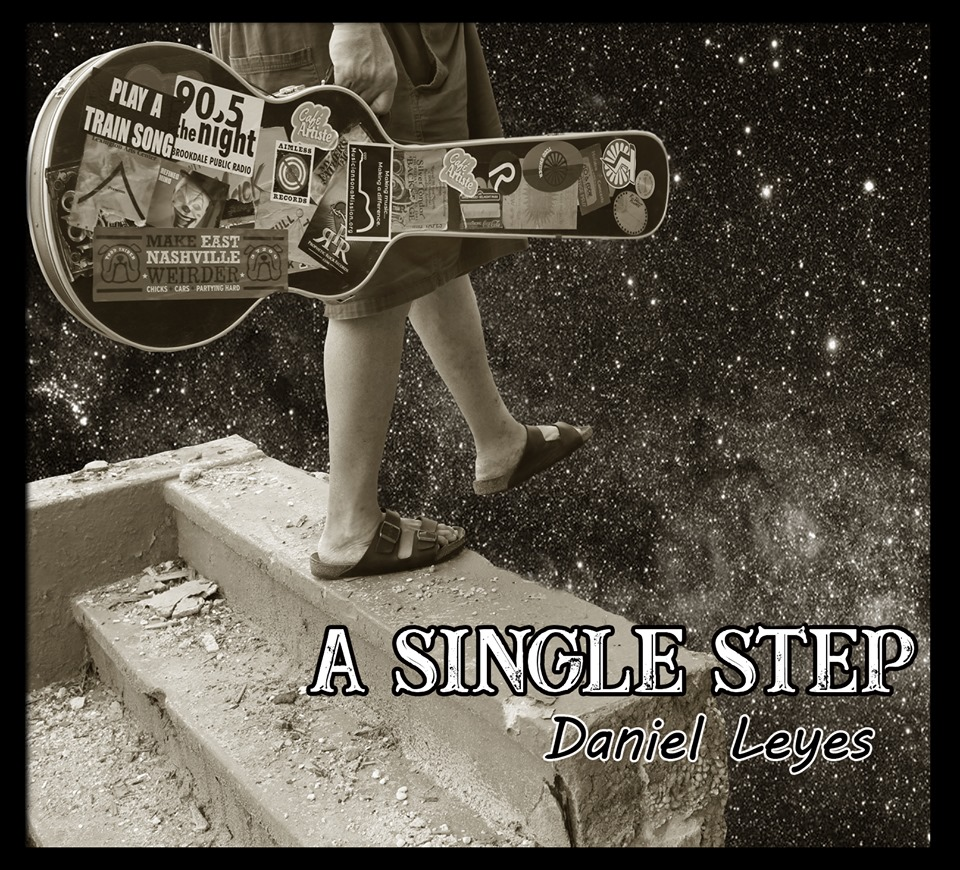 Daniel Leyes, after hiding his musical talents from the world for his entire adult life, is garnering attention as a uniquely talented singer-songwriter whose best days are clearly ahead of him. Throughout a life marred by addiction, alcoholism, and myriad mental health battles, Leyes’ one outlet was music. He wrote deeply personal songs that no one ever heard. While he labored as everything from cab driver to college professor, his music remained a private affair.

Then, at the age of fifty-five, Leyes heard a song on the car radio by stoner-folk troubadour Todd Snider that turned his world upside down. Snider–who usually performs solo with just an acoustic guitar, telling humorous stories between songs–inspired Leyes to muster the courage to perform in public. In Snider he found a kindred spirit, a performance role model, and a songwriting standard-setter to aspire to.

Daniel decided to challenge his debilitating performance anxiety and played in public for the first time at a local talent show. With shaking hands and a nervous voice, he sang out the wrong lyrics to his own song but survived. And despite that shaky first try he was hooked and wanted to do it again and again. So, he hit the open mic circuit to hone his performance chops and was soon invited to appear at a prestigious local songwriters showcase where he brought the house down and was invited back several times, taking his place among some of New Jersey’s best songwriters.

Then Daniel recorded and released his first EP, “A Single Step,” independently in December 2019. But within days of its release bad luck struck and he had to take a break due to major back surgery and then contracting the COVID – 19 virus during the global pandemic. During his recovery Leyes kept writing and the result was two fun follow-up singles, “One Man Mosh Pit” in 2020 and “Tequila” in 2021. All his recordings are produced by veteran NJ music man John Mulrenan, who adds drums, bass and keys to Daniel’s vocal and guitar work bringing Leyes’ ideas to life for the listener.

This summer he will be appearing at several festivals and gigging the bars, beaches, and boardwalks of the Jersey Shore. More distant travels will undoubtedly follow. A new album is planned for the fall. He is available to share his inspirational story virtually for interviews and features. He also does private livestream performances. Do yourself a favor and give Daniel Leyes a listen and follow his social media accounts to keep track of upcoming music!

Daniel Leyes is a singer-songwriter out of the fertile Asbury Park, New Jersey music scene who is leaving people in awe after overcoming crippling anxiety and embarking on a career in music at an age when most folks are thinking about retiring. His roots-based songs have a distinct retro feel, giving each song a sense of familiarity while simultaneously offering fresh lyrical takes on everything from romantic breakups to running out of marijuana. Refreshingly honest, heartfelt and frequently humorous, Leyes’ lyrics reflect life through the eyes of a lovable rogue, hopeful despite the scars.

As a songwriter, Daniel is inspired by artists such as Snider, Kristofferson, the Beatles, Carole King, John Prine, Tom Waits, Jimmy Buffett, Hayes Carll, and the great soul composers of the sixties and seventies. He pays homage to these icons in subtle ways, while offering a wholly unique and original perspective both musically and lyrically. Leyes is a songwriter’s songwriter, as evidenced by multiple artists covering his songs Better Than This and Waiting for Love in their live streams this year. It speaks volumes about the quality of his tunes.