By: StockMarket.com
Could These Top Lithium Battery Stocks Be Worth Adding To Your Portfolio?

When it comes to the question of “what are good stocks to invest in now?”, lithium battery stocks could be worth considering. After all, this section of the stock market continues to flourish thanks to global green initiatives. Simply put, lithium is a core component in electric vehicle (EV) batteries. As governments incentivize consumer adoption of EVs in the long run, demand for lithium batteries would surge as well. This would place EV names such as Baidu (NASDAQ: BIDU) and Ford (NYSE: F) in favorable positions. In fact, the duo’s share prices have already more than doubled in the past year.

On top of that, lithium miners would also stand to benefit from the current industry tailwinds as well. For instance, we could look at Lithium Americas (NYSE: LAC) and Albemarle Corporation (NYSE: ALB). Both companies’ shares are currently looking at gains of over 160% in the past year. All in all, there seems to be plenty of viable entry points in the lithium battery industry now. Should investors be jumping on this train?

For the most part, the lithium battery market continues to gain momentum. Earlier today, it was reported that European Union (EU) officials are now vouching for lithium mining operations being environmentally friendly. Notably, the head of the European Commission’s raw materials unit, Peter Handley, provided a clear picture of the EU’s intentions. Handley emphasized letting people know that lithium mining will be done the “right way, in full compliance with regulations”. Overall, lithium battery stocks could have more room to run thanks to all of this. In line with that, check out these top lithium battery stocks making headlines in the stock market today.

Tesla doesn’t only develop and sell its electric vehicles. It also sells solar energy generation and energy storage products. It is ranked as one of the world’s best-selling plug-in and battery electric passenger car manufacturers. Impressively, it is also one of the largest global suppliers of battery energy storage systems, with 3 GWh of battery storage supplied in 2020. TSLA stock currently trades at $677.50 as of 11:24 a.m. ET and has been up by over 300% in the last year. 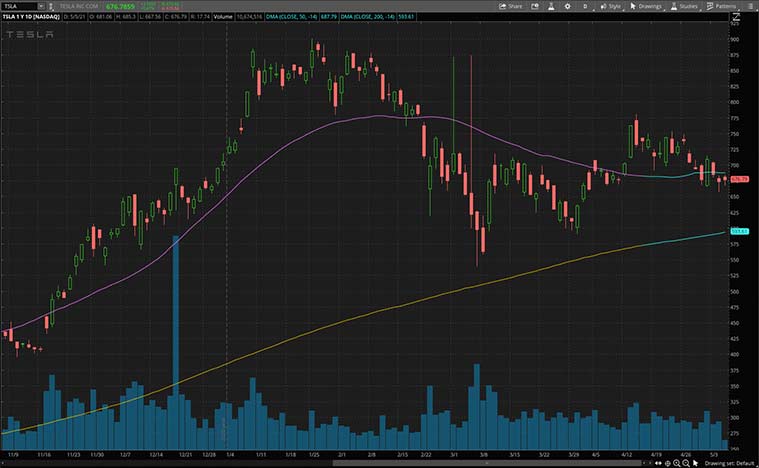 In its first quarter, the company achieved its highest-ever vehicle production and deliveries. For the first quarter, Tesla recorded a GAAP net income of $438 million which was a staggering 2,638% increase year-over-year. The company posted a total revenue of $10.3 billion for the quarter as well, a 74% increase year-over-year. It also ended the quarter with $17.1 billion in cash and cash equivalents. After three and a half years into production, Model 3 was its best-selling premium sedan in the world. Given all of this, there is certainly a lot to be excited about for Tesla in 2021. Will you consider buying TSLA stock for these reasons?

[Read More] Top Biotech Stocks To Watch In May

Nio is a pioneer in China’s premium electric vehicle market. It designs and sells premium electric vehicles, utilizing next-generation technologies in connectivity, autonomous driving, and artificial intelligence. The company differentiates itself through its continuous technological breakthroughs such as its industry-leading battery swapping tech, Battery-as-a-Service. NIO stock currently trades at $38.31 as of 11:24 a.m. ET and is still up by over 1,000% in the last year. On May 1, 2021, the company provided an update for its April 2021 production. 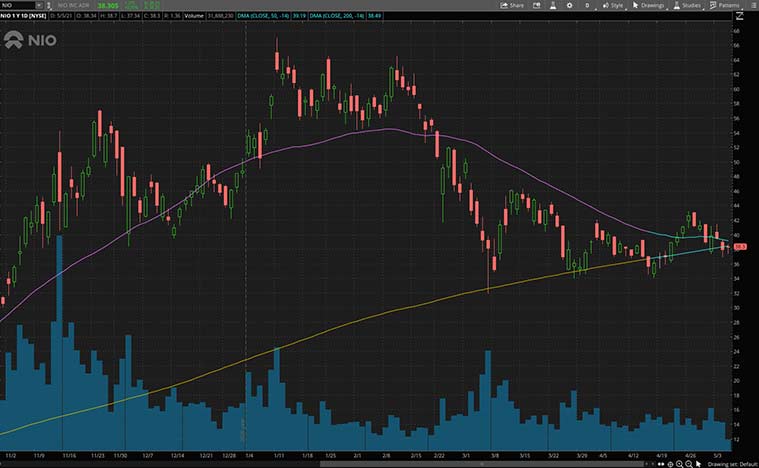 It delivered 7,102 vehicles in April, representing a strong 125.1% year-over-year increase. A chunk of these deliveries was its ES6s, at 3,163 vehicles. This could mean the company continues to enjoy high demand for its premium vehicles. Late last month, the company also reported its first-quarter financial results. In detail, vehicle sales were $1.13 billion for the quarter, a 489.8% increase year-over-year and a 20% increase sequentially. Delivery of vehicles was 20,060 for the quarter, representing a 422.7% increase year-over-year. All things considered, will you buy NIO stock?

General Motors is a multinational corporation that is headquartered in Detroit, Michigan. It is one of the largest automobile manufacturers in the world and the largest in the U.S. Its four core automobile brands are Chevrolet, Buick, GMC, and Cadillac have very strong brand loyalty. GM stock currently trades at $57.38 as of 11:24 a.m. ET and has been up by over 40% year-to-date. The company has just reported strong first-quarter financials today. 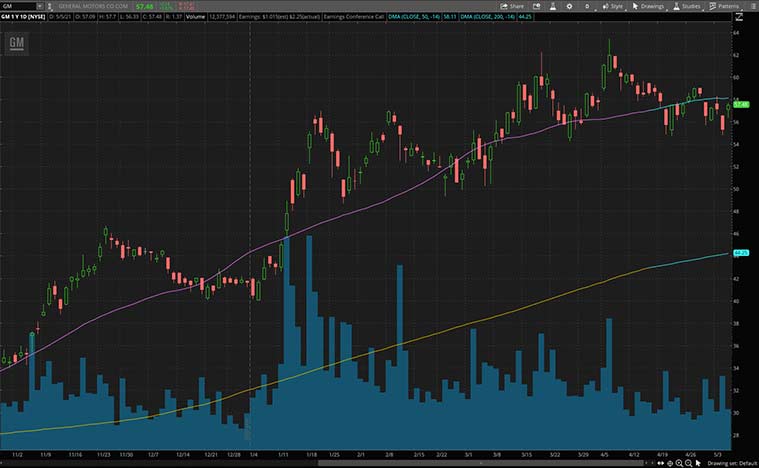 Firstly, the company reported a revenue of $32.5 billion and a net income of $3 billion. Secondly, General Motors also posted an earnings per share of $2.03 for the quarter. Its results were driven by strong price and mix performance in North America, strong credit and residual value performance at GM Financial. These strong financials demonstrate the underlying strength of its business. Furthermore, the company says that it continues to execute its strategy and is making significant progress in its transition to an all-electric future. For these reasons, will you consider buying GM stock?

Topping off our list is emerging lithium producer, Piedmont Lithium. Primarily, Piedmont operates out of its Piedmont Lithium Project (PLP) in North Carolina. By and large, the company is looking to become a strategic domestic supplier of lithium hydroxide in the U.S. As you’d expect, Piedmont’s core end markets include the EV and battery storage industries. 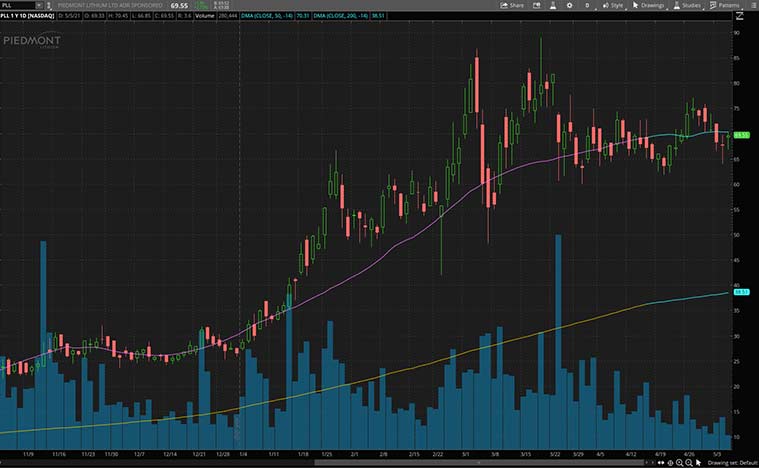 According to the company, its PLP is strategically positioned in one of the most ideal regions in the world. Piedmont cites favorable geology, location, and easy access to industry infrastructure as key factors here. More importantly, PLL stock is currently looking at monumental gains of over 1,000% in the past year. Could it be worth investing in now?

Well, investment banking company JPMorgan Chase (NYSE: JPM) appears to believe so. Namely, JPMorgan initiated coverage on PLL stock yesterday, hitting it with an overweight rating and an $86 price target. This marks an upside of over 25% from its current price of $69.71 a share as of 11:25 a.m. ET. Seeing as PLL stock is starting to appear on investors’ radars, would you consider it a buy right now?