Is Washington prepared for a geopolitical ‘tech race’?

By: TechCrunch
When Secretary of State Antony Blinken and National Security Advisor Jake Sullivan sat down with Chinese officials in Anchorage, Alaska for the first high-level bilateral summit of the new administration, it was not a typical diplomatic meeting. Instead of a polite but restrained diplomatic exchange, the two sides traded pointed barbs for almost two hours. […]

When Secretary of State Antony Blinken and National Security Advisor Jake Sullivan sat down with Chinese officials in Anchorage, Alaska for the first high-level bilateral summit of the new administration, it was not a typical diplomatic meeting. Instead of a polite but restrained diplomatic exchange, the two sides traded pointed barbs for almost two hours. “There is growing consensus that the era of engagement with China has come to an unceremonious close,” wrote Sullivan and Kurt Campbell, the Administration’s Asia czar also in attendance, back in 2019. How apt that they were present for that moment’s arrival.

A little more than one hundred days into the Biden Administration, there is no shortage of views on how it should handle this new era of Sino-American relations. From a blue-ribbon panel assembled by former Google Chairman Eric Schmidt to a Politico essay from an anonymous former Trump Administration official that consciously echoes (in both its name and its author’s anonymity) George Kennan’s famous “Long Telegram” laying out the theory of Cold War containment, to countless think tank reports, it seems everyone is having their say.

What is largely uncontroversial though is that technology is at the center of U.S.-China relations, and any competition with China will be won or lost in the digital and cyber spheres. “Part of the goal of the Alaska meeting was to convince the Chinese that the Biden administration is determined to compete with Beijing across the board to offer competitive technology,” wrote David Sanger in the New York Times shortly afterward.

But what, exactly, does a tech-centered China strategy look like? And what would it take for one to succeed?

Tech has brought Republicans and Democrats uneasily together

One encouraging sign is that China has emerged as one of the few issues on which even Democrats agree that President Trump had some valid points. “Trump really was the spark that reframed the entire debate around U.S.-China relations in DC,” says Jordan Schneider, a China analyst at the Rhodium Group and the host of the ChinaTalk podcast and newsletter.

While many in the foreign policy community favored some degree of cooperation with China before the Trump presidency, now competition – if not outright rivalry – is widely assumed. “Democrats, even those who served in the Obama Administration, have become much more hawkish,” says Erik Brattberg of the Carnegie Endowment for International Peace. Trump has caused “the Overton Window on China [to become] a lot narrower than it was before,” adds Schneider. 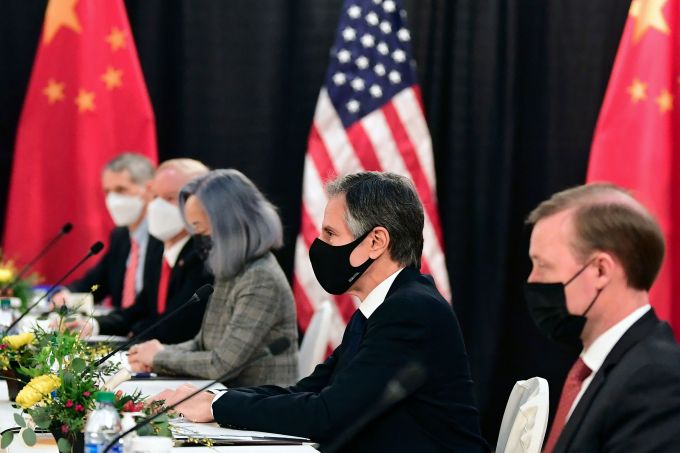 The US delegation led by Secretary of State Antony Blinken face their Chinese counterparts at the opening session of US-China talks at the Captain Cook Hotel in Anchorage, Alaska on March 18, 2021. Image Credits: FREDERIC J. BROWN/POOL/AFP via Getty Images

As the U.S.-China rivalry has evolved, it has become more and more centered around competing philosophies on the use of technology. “At their core, democracies are open systems that believe in the free flow of information, whereas for autocrats, information is something to be weaponized and stifled in the service of the regime,” says Lindsay Gorman, Fellow for Emerging Technologies at the German Marshall Fund. “So it’s not too surprising that technology, so much of which is about how we store and process and leverage information, has become such a focus of the U.S.-China relationship and of the [broader] democratic-autocratic competition around the world.”

Tech touches everything now – and the stakes could not be higher. “Tech and the business models around tech are really ‘embedded ideology,’’ says Tyson Barker of the German Council on Foreign Relations. “So what tech is and how it is used is a form of governance.”

What does that mean in practice? When Chinese firms expand around the world, Barker tells me, they bring their norms with them. So when Huawei builds a 5G network in Latin America, or Alipay is adopted for digital payments in Central Europe, or Xiaomi takes more market share in Southeast Asia, they are helping digitize those economies on Chinese terms using Chinese norms (as opposed to American ones). The implication is clear: whoever defines the future of technology will determine the rest of the twenty-first century.

That shifting balance has focused minds in Washington. “I think there is a strong bipartisan consensus that technology is at the core of U.S.-China competition,” says Brattberg. But, adds Gorman, “there’s less agreement on what the prescription should be.” While the Democratic experts now ascendant in Washington agree with Trump’s diagnosis of the China challenge, they believe in a vastly different approach from their Trump Administration predecessors.

Out, for instance, are restrictions on Chinese firms just for being Chinese. “That was one of the problems with Trump,” says Walter Kerr, a former U.S. diplomat who publishes the China Journal Review. “Trump cast broad strokes, targeting firms whether it was merited or not. Sticking it to the Chinese is not a good policy.”

Instead the focus is on inward investment – and outward cooperation.

Democrats are first shoring up America domestically – in short, be strong at home to be strong abroad. “There’s no longer a bright line between foreign and domestic policy,” President Biden said in his first major foreign policy speech. “Every action we take in our conduct abroad, we must take with American working families in mind. Advancing a foreign policy for the middle class demands urgent focus on our domestic economic renewal.” 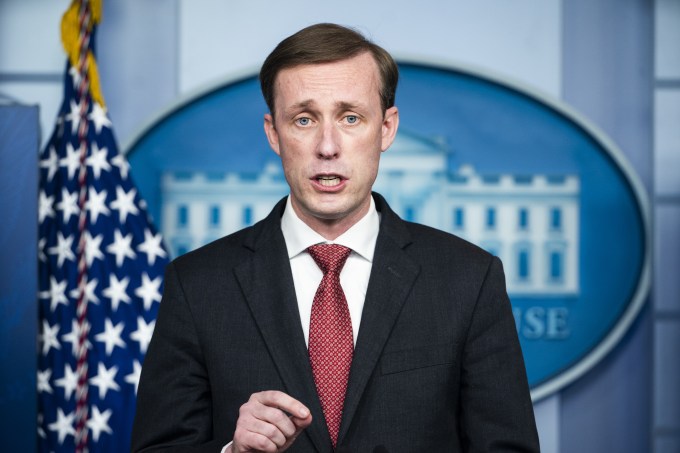 “Rebuilding” or “sustaining” America’s “technological leadership” is a major theme of the Longer Telegram and is the very operating premise of the report of the China Strategy Group assembled by Eric Schmidt, former executive chairman of Alphabet, Google’s parent company, and the first chair of the Department of Defense’s Innovation Advisory Board. Those priorities have only become more important during the pandemic. It’s a question of “how do we orient the research system to fill in the industrial gaps that have been made very clear by the COVID crisis?” says Schneider of Rhodium.