Penny stocks have performed quite well in April 2021. While volume is relatively low compared to previous months, we are seeing a great deal of bullish momentum right now. There are a few reasons why this is the case.

First of all, Covid case numbers in the U.S. are declining at very high rates. This has helped to push penny stocks up in the past month or so. As of April 15th, almost 40% of the population has received at least 1 dose of a vaccine. This is a great sign for the future of the economy. We still have a long way to go, but this data is highly encouraging.

In addition to this, on April 16th, we saw cryptocurrencies like DOGE Coin hit all-time highs. It’s worth noting that in the past twelve months, DOGE Coin has shot up by a staggering 4,050%. While DOGE is not a penny stock, its low price could help to draw parallels between it and penny stocks.

[Read More] Are Penny Stocks Worth It? 5 Lessons For New Traders

Moving into more market-related news. The past few months have seen the S&P 500 hit record highs several times. While volume is low as mentioned above, this seems to be indicative of traders buying and selling with hesitation regarding the future. Considering all of this, what penny stocks are investors watching as April turns the corner? Here are three you might want to check out.

3 Penny Stocks to Watch in the Second Half of April InspireMD Inc. (NYSEAMERICAN: NSPR)

InspireMD is a penny stock you might be familiar with if you read pennystocks.com often. For those who are not, NSPR is a biotech company working to commercialize its proprietary software known as MicroNet. In addition to this, the company provides products to the medical industry that are used in carotid stenting. This is a popular medical procedure that is conducted hundreds of thousands of times per year in the U.S. alone. Its products help to ensure positive, stroke-free outcomes that can last for years to come.

Only a few days ago, the company announced a large 1-15 reverse stock split. This is a common method in use to both raise capital and increase value for investors. Last month, NSPR also announced its fourth-quarter and full-year 2020 results. In the results, NSPR announced several exciting updates. This includes the closing of a $20.7 million public offering.

Also, it secured a China-based investment partner to help gain regulatory approval and distribution for its CGuard EPS product in Mainland China. This product is in use for the prevention of strokes due to Carotid Artery Disease or CAD.

CEO Marvin Slosman stated that “It was a very remarkable, albeit challenging year for us – and the global community – and we achieved many important milestones toward our goal of changing the standard of care for the prevention of stroke caused by carotid artery disease.” Considering all of these exciting updates, is NSPR stock worth watching? 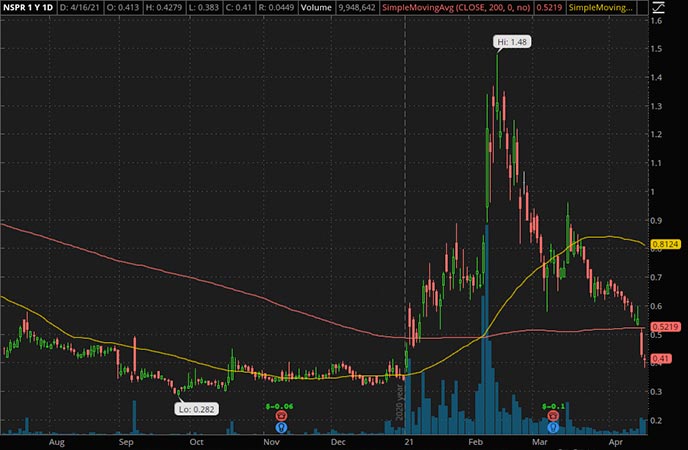 Ambev is another popular penny stock that has grown substantially over the past year. It operates as a producer of alcoholic beverages such as beer. Additionally, it produces non-alcoholic beverages including carbonated drinks and more. Before we get into its financial statements from the past few months, there’s an interesting development we should talk about.

In January, ABEV announced that it would receive 1,000 electric vehicles from the startup FNM and truck maker Agrale. This will be added to its existing fleet of 5,300 trucks, which is one of the largest fleets in its home country of Brazil. By 2023, Ambev states that it will have more than half of its fleet, be completely clean-energy based. While Ambev is not itself a clean energy penny stock, this move does put it into the ancillary renewables market.

[Read More] Penny Stocks To Buy For Under $1 On Robinhood

In its 2020 earnings call, CEO Jean Jereissati, states that “2020 was unforgettable in many ways…we have been strengthening brand equity and power of our portfolio and gaining market share in most of our key markets. In Canada for instance, our portfolio grew share once again. In Brazil, beer volumes grew almost 12% despite a still very volatile environment, despite the supply chain constraints that impacted us, our service level, the lower government stimulus, and our price increase rollout.”

Additionally, the company managed to deliver strong revenue for the quarter, which is highly encouraging. This is due to the aforementioned price increases, and the innovation of its business model during that time. Considering that alcohol sales have vastly increased during the pandemic, Ambev continues to take advantage of the heightened dema. Whether this makes it a penny stock to watch is up to you. 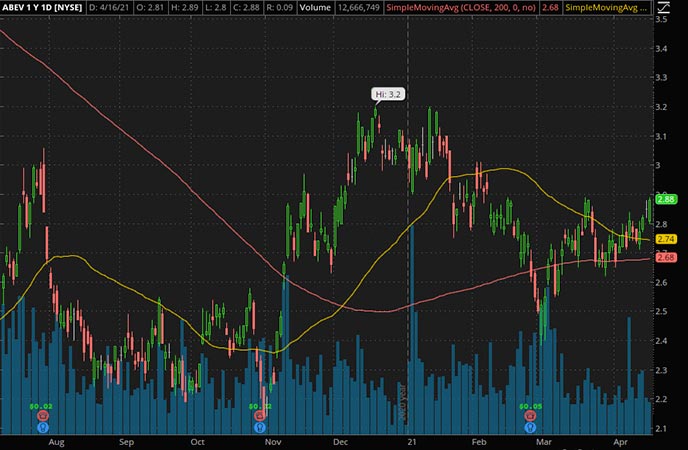 Up almost 4% by end of day on April 16th is FNMA stock. The Federal National Mortgage Association is the government-backed provider of 30-year fixed-rate mortgages and affordable housing solutions. It partners with lenders around the U.S. to provide these services to a broad range of consumers. To understand FNMA, we have to look at the ecosystem surrounding mortgages right now.

In a report posted on April 16th, the full year 2021 GDP expectations for the U.S. improved by a very solid 6.8%. This includes around 9.1% in annualized growth in the second quarter alone. The main reason for this is the easing of social restrictions and a return to the pre-covid economy. While we are a far way away from seeing the end of the pandemic, all of the current metrics point to positive signs about the future.

In the past few months, the addition of more stimulus has helped to positively affect FNMA’s customer base. In tandem, the demand for housing in the U.S. remains extremely strong despite the effects of the pandemic.

“The ramp-up we’d previously forecast for the economy is underway, as evidenced by, among other measures, increasing airline passenger reservations and restaurant bookings. Vaccinations are continuing to roll out, and consumers appear to be increasingly looking toward post-pandemic life.

While inflationary pressure is growing, our latest forecast update suggests that in the near term interest rates will remain steady at borrower-friendly levels.”

With this information, does FNMA look like a penny stock to watch? 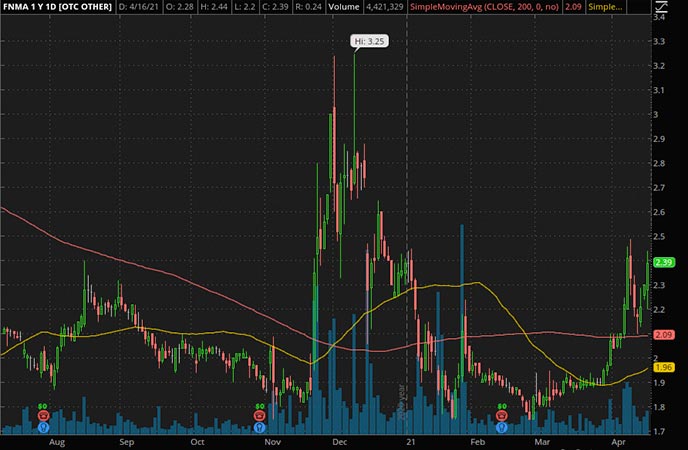 [Read More] Penny Stocks Aren’t Something You Should Avoid & Here’s Why
Related Stocks:
Ambev S.A.
Data & News supplied by www.cloudquote.io
Stock quotes supplied by Barchart
Quotes delayed at least 20 minutes.
By accessing this page, you agree to the following
Privacy Policy and Terms and Conditions.