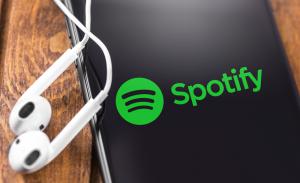 Will Spotify be able to weather this K-Pop storm? 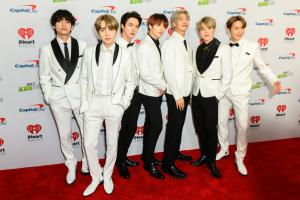 Korean boy band and pop sensation "BTS" is no longer available on the Swedish audio giant's platform. One of many K-Pop bands and artists.

Our new album Epik High Is Here [is] unavailable globally against our will. Regardless of who is at fault, why is it always the artists and the fans that suffer when businesses place greed over art?”— Epik HighCONCORD, ONTARIO, CANADA, March 3, 2021 /EINPresswire.com/ -- While it still is not entirely mainstream amongst Western listeners, K-Pop and it’s budding stars are a massive cultural force globally.

K-Pop, the South Korean pop music genre, is a nationally curated and sponsored cultural export. One of the genre’s most popular groups, BTS, has an estimated 18 million fans worldwide. While perhaps the largest BTS is only one of several South Korean boy bands, girl groups, and solo artists which have since found global stardom.

But how has the ascending popularity of South Korean pop music affected audio streaming giant Spotify? Recently, hundreds of popular K-Pop songs disappeared from the Swedish company’s audio platform. This left millions of “K-Pop Stans” frustrated, including artists themselves.

On March, 1st Spotify notified users that it was unable to reach a new licensing deal with Kakao M (one of South Korea’s largest entertainment and publishing companies). This resulted in hundreds of K-Pop songs being removed from Spotify overnight, leaving both fans and artists frustrated.

If you’re a Spotify stockholder, should you be worried? Yes. While the stock has not taken any significant hits since the announcement, this could have worrisome long term implications for the streaming service. Kakao M owns Melon, the largest South Korean audio streaming service. The recent inability to reach an agreement could signify an attempt being made by Kakao M to monopolize their control over K-Pop and streaming in South Korea.

For now, there may not be much to worry about for western users, listeners, and shareholders of Spotify. However, looking towards the horizon, if Spotify is cut out of the K-Pop genre completely, it may force millions of fans to switch to other services.

The cult following of K-Pop and it’s budding stars should not be underestimated. If Spotify is unable to have K-Pop return to their service, what's stopping millions of K-Pop fans from switching to a rival service such as Apple Music?

Want to learn more? Visit The Financial News for all your breaking stock and finance news.

This piece was written by Nicolas Minardi from Mrkt360.