Curve (CRV) could double in value in the coming weeks. Here’s how 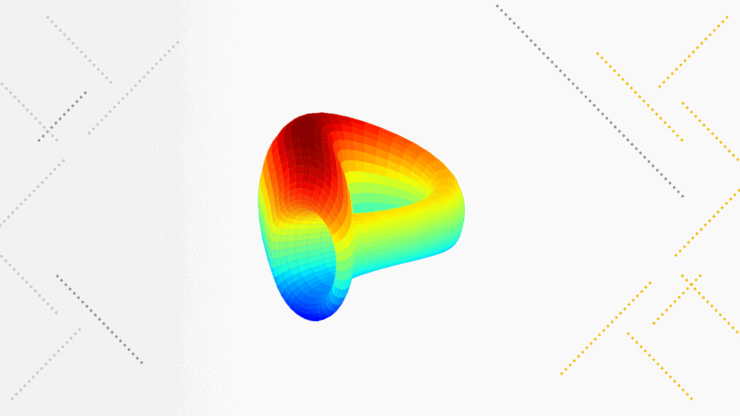 Curve (CRV) price is trading over 15% lower this week as Bitcoin leads a sharp correction in the cryptocurrency market.

Yearn.finance (YFI) announced it is collaborating with the DeFi protocol Curve on an unannounced project. Both Yearn and Curve started operating about a year ago, starting a DeFi hype that took place in 2020.

Yearn has announced several collaborative projects over the past several months. In late 2020, founder of Yearn Andre Cronje said Yearn was absorbing Pickle Finance, a DeFi yield aggregator. Shortly after that, Yearn made a number of similar announcements and until now, it has absorbed Cream Finance, Akropolis, SushiSwap, and Cover Protocol.

Right now, Yearn’s collaboration with Curve could be viewed as “parasitic”. Consumers deposit stablecoins into Yearn’s Vault, and these deposits are then used to yield farm and dump Curve’s coin CRV. Some in the industry believe that Yearn’s Vaults have contributed to CRV’s poor performance upon its launch several months ago.

However, Cronje said Yearn is wrapping up a collaborative effort that is expected to launch in coming weeks.

Last year, Yearn developer “Banteg” introduced a veCRV “Backscratcher” Vault that lets consumers deposit their CRV holdings to earn the Curve DAO admin fees across all Yearn products. This is something that proved useful to both ecosystems.

“With Cream v2 (Iron Bank), Alpha Homora v2, and Yearn v2, all vaults become leveraged vaults, and cross asset strategies become viable. These cross platform strategies allow up to 90x leverage on stable coins and 80x leverage on ETH and allows users to either sell and compound or accumulate the asset,” Cronje said at the time.

Curve price has performed the so-called “throwback” – when the price action returns to retest the broken support/resistance from the other side. A break of the triangle facilitated a push to $0.845, which is also the 5-week high. 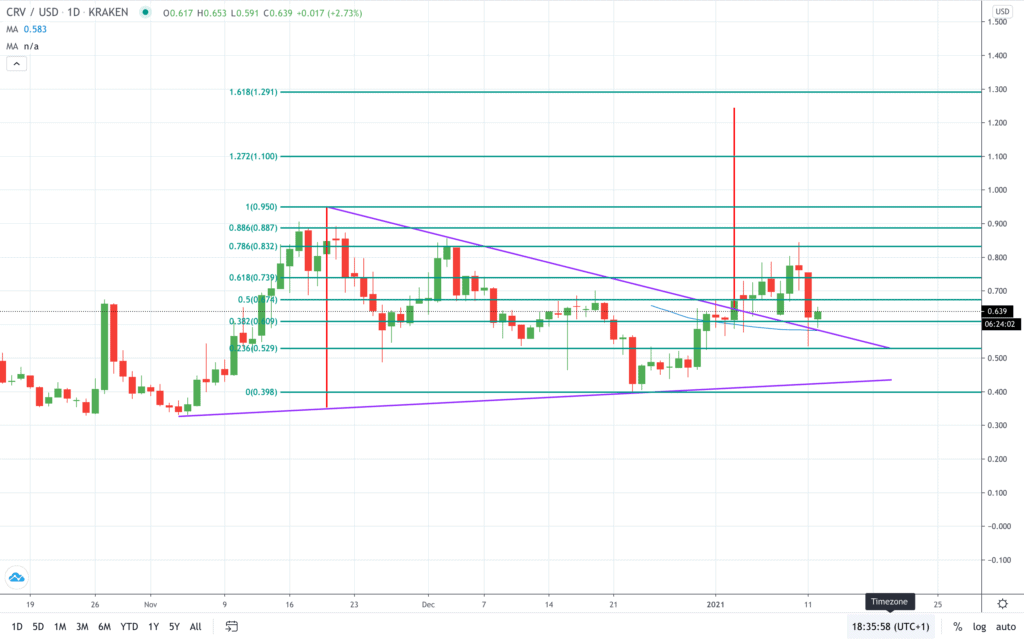 The measured target of this broken triangle points to $1.2450. Furthermore, the 161.8% extension line comes just below the $1.30 handle to solidify the key resistance area and target for buyers going forward.

Curve price has returned to test the broken resistance around $0.60 as buyers look to push the price action above the $1.00 mark. Yearn.finance founder Andre Cronje said Yearn is working on a collaborative effort with DeFi protocol.

The post Curve (CRV) could double in value in the coming weeks. Here’s how appeared first on Invezz.

Related Stocks:
CRV
Data & News supplied by www.cloudquote.io
Stock quotes supplied by Barchart
Quotes delayed at least 20 minutes.
By accessing this page, you agree to the following
Privacy Policy and Terms and Conditions.