Country artist Ashley Wineland to drop her latest single off of her upcoming album, bringing a message of empowerment and self-affirmation.

"Daddy's Creed" brings with it a theme of tenacity. The song draws from the lessons that resound in our hearts and minds and assist us in persevering through life's trials and tribulations. "Daddy's Creed" encourages us to believe in ourselves and ultimately, the power that we all hold within to bring our dreams to reality.

Regarding the process of writing "Daddy's Creed," Wineland shared, "This song was an easy one to write. I was going through a rough patch in my life and feeling beaten up. I found myself thinking about the foundational lessons I've learned in my life to help me through hard times. When I looked back on those things, I realized that the majority were imparted to me by my dad. It was after that realization that this song came to fruition, and in an hour, I had the song ready for my team to hear."

Wineland continues, "There are people in our lives who want to see us succeed and help us on our way toward becoming the person we are meant to be. These personal role models enrich us through their wisdom and teach us life's essential lessons -- even if we don't realize it until later down the line. 'Daddy's Creed' is that reminder that you can do it alone, but you're never truly walking the path by yourself."

"Daddy's Creed" is the first single off of the upcoming album, Wineland's third, which is titled "I'm Gonna Ride," and is slated for a 2021 release. The album features a selection of songs written by Wineland that extol paving one's own way and having agency over your life. Wineland selected "Daddy's Creed" for the first release as it personifies the album's overall theme of empowerment while exploring the highs and lows of pursuing your own path and ultimately, rise above adversity.

With a following of over 750K on social media, Official CMT Artist Ashley Wineland is a favorite at venues and festivals, is a frequent guest on television and radio shows alike, and is often the subject of newspapers, magazine articles, and top music blogs. With several national tours under her belt, her high-energy and enthralling show continues to captivate audiences. Learn more about Ashley Wineland at www.ashleywineland.com. For media inquiries and interviews, contact Kiki Plesha at kiki@ashleywineland.com. 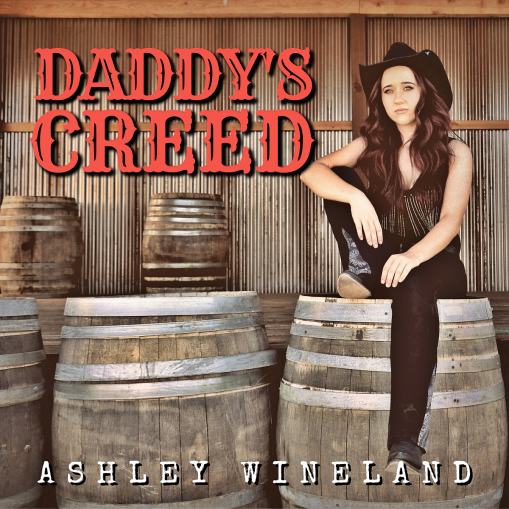