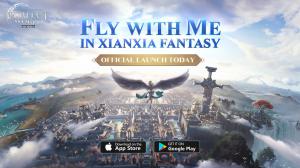 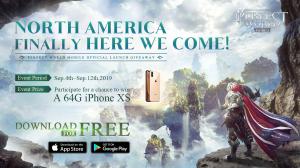 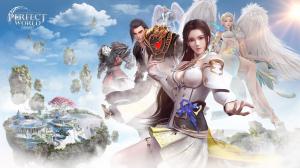 Fly with me in the reimagined 12-year classic

SAN FRANCISCO, CA, USA, September 4, 2019 /EINPresswire.com/ -- Perfect World Games is excited to announce that the reimagined classic MMO is now available to NA players with the official launch for Perfect World Mobile. The highly anticipated MMORPG has received over 1 million pre-registration sign-ups and is now available for players in over 120 countries (Available globally excluding Mainland China, Hong Kong, Macau, Taiwan, Japan, Korea, Singapore, Malaysia, Thailand, Vietnam, Indonesia, Philippines, Russia and CIS, release date of which will be announced later). Players will be able to download the game beginning at 00:00 EST on September 4 and can take to the skies at 10 am EST. To celebrate the open beta, Perfect World Mobile will be giving away a 64G iPhone XS, players can enter to win by visiting the official Facebook page here.

Having already found massive success in China, Perfect World Mobile soared to new heights with players reaching the number 2 spot on the App Store within 5 hours of its launch. The game’s most recent update received 2.6 million downloads within the first 12 hours of its release and the title has landed on the top-recommended apps on the App Store.

Featuring a beautiful and massive world-spanning 60,000 square kilometers players in Perfect World Mobile can explore the panoramic 3D map with the same free-form flight system of the original PC game and can take to the skies as Winged Elves, Untamed, or Humans. With each class bringing its own distinct characteristics, players in Perfect World Mobile will be able to live out their XianXia-inspired dreams as Wizards, Blademasters, Clerics, Archers, or Barbarians.

Epic battles will be fought in Perfect World and players will be able to engage in combat on land, air, and sea. Taking inspiration from classical Chinese XianXia culture, players will be immersed in the delicate balance between Yin and Yang, with the spirit-based skill enhancement system of Perfect World Mobile.

A list of features includes:
● Massive continent - 60,000 square kilometers panoramic three-dimensional map for players to explore
● Perfect World Reinvigorated - next-gen graphics bring new life to the beloved places of Perfect World with realistic light and shadow effects
● Long-loved playable races - playable races of humans, Winged Elves, and the Untamed
● Rich class choices - experience the classes from the original game, each class brings its own distinct characteristics
● Unique flight system - take to the skies with the flight system found in the original game
● Epic combat - engage in combat in the air, on land or in the oceans
● Spirit-based skill enhancement system - immerse yourself in the balance of Yin and Yang

About Perfect World Games
Perfect World Investment & Holding Group is a globalized cultural and entertainment group, which has introduced its products to over 100 countries and regions around the world, including North America, Europe, and Asia. The company has established dozens of branches in domestic cities, such as Beijing, Hong Kong, Shanghai, Chongqing, Chengdu, and Zhuhai, as well as countries, including the US, the Netherlands, France, South Korea, and Japan. At present, Perfect World Investment & Holding Group is involved in business segments including movies & TV, games, cinemas, animation, literature, media, and education.