Around the world, peace events dedicated to honoring the 6th Annual Commemoration of the Declaration of World Peace were held in 126 locations spanning 77 countries around the world. 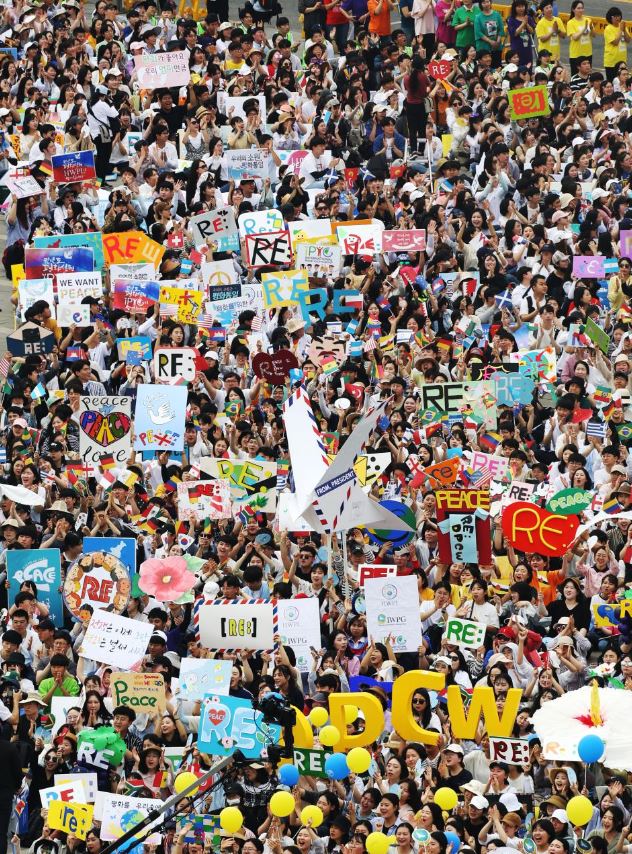 UN permanent mission delegates and religious leaders spoke about the need to adopt new international laws for peace on Friday, 24 May 2019. Over 120 peace advocates exhibited support and dedication for the cause by participating in a march which commenced at the UN Plaza and concluded at Ralph Bunche Park which features the iconic Isaiah Wall. Prior to the event, youth from New York City delivered handwritten peace letters to all of the 193 UN permanent missions to express the community’s love and earnest heart for peace.

Around the world, peace events dedicated to honoring the 6th Annual Commemoration of the Declaration of World Peace were held in 126 locations spanning 77 countries around the world. Countries where major events were hosted were Australia, China, Germany, India, Russia, South Africa, the Philippines, and United States. The theme was “The World’s Call for Peace, Urging Support for the Declaration of Peace and Cessation of War (DPCW).” The worldwide events were hosted by Heavenly Culture, World Peace, Restoration of Light (HWPL), an international peace NGO affiliated with the UN ECOSOC and the UN DGC.

The motto of the first global peace walk held in 2013 was “Let every person in this world become a messenger of peace.” This peace walk has been executed simultaneously in numerous places all over the world in late May every year with the aim of promoting the role and participation of individuals in the international community to work toward spreading the culture of peace around the world.

In South Korea, the birthplace of the DPCW, upwards of 150,000 citizens gathered and took part in the “Peace Letter Campaign.” This campaign urges international law makers to ratify the DPCW as a legally binding document that will hold states accountable for their actions. It focuses on principles of conflict resolution and international cooperation for peacebuilding such as the peaceful dispute settlements.

H.E. Difie Agyarko Kusi, Ambassador of Embassy of Ghana to Korea, encouraged the active participation of the civil society for the enactment of the DPCW. “I can’t think of any one region in the world where there isn’t some conflict playing out or erupting. We should all, therefore, be grateful to HWPL for being in the forefront of the crusade… I will strongly urge all right-thinking people to write letters to leaders, lawmakers, policymakers, heads of states, governments, and kings or queens, to tell them how much we are pinning our hopes on them to support this declaration and make it real,” she said.

Chairman Man Hee Lee of HWPL announced the significance of the DPCW and stated, “The DPCW permeates the will of global citizens asks for the global community to become one under peace with respect on mutual coexistence.”