Airbnb is using what3words to list stays with Mongolian nomads

By: TechCrunch
Putting a new spin on the term ‘digital nomad’, UK addressing platform what3words has partnered with Airbnb to list stays with Mongolian nomads. The startup’s simplified addressing system is being applied to help adventurous travellers ‘home share’ with Dukha reindeer herders at their mountain camp where there aren’t any street names to anchor a trip. The partnership is […]

Putting a new spin on the term ‘digital nomad’, UK addressing platform what3words has partnered with Airbnb to list stays with Mongolian nomads.

The startup’s simplified addressing system is being applied to help adventurous travellers ‘home share’ with Dukha reindeer herders at their mountain camp where there aren’t any street names to anchor a trip.

The partnership is slated as supporting sustainable tourism by helping the tribe tap into a new revenue stream to support its traditional way of life.

Earlier this year, Airbnb signed a Memorandum of Understanding with the Ministry of Environment and Tourism of Mongolia to use home sharing as a route for economic empowerment and community development. “The MOU will see both parties provide hospitality training for current hosts, as well as potential hosts in rural and remote areas, to encourage the adoption of new digital technology for tourism,” they note in a press release today.

The Airbnb listing with the Dukha reindeer herders offers the chance to stay in a teepee in the Taiga forest in Northern Mongolia, with guests getting “two wooden beds, sleeping bags and an open-fire stove for heating and cooking, as well as full access to the reindeer tribe’s backyard”.

So definitely not the usual Airbnb fare.

what3word comes into play as a neat tool because guests are asked to meet the nomadic tribe at a previously communicated 3 word address at the edge of the forest.

what3word’s platform chunks the world into 57 trillion 3-by-3 meter squares — each of which has been assigned three words to act as its easier to share pinpoint. Using unique combinations of words for geolocation reduces the risk of confusing two similar sounding street names, for example, and means a location can easily be shared verbally or read at a glance.

After meeting their hosts at the forest edge, guests ascend with them to the mountain to the camp — located at ///evaluate.video.nails — either on reindeer or by horse. 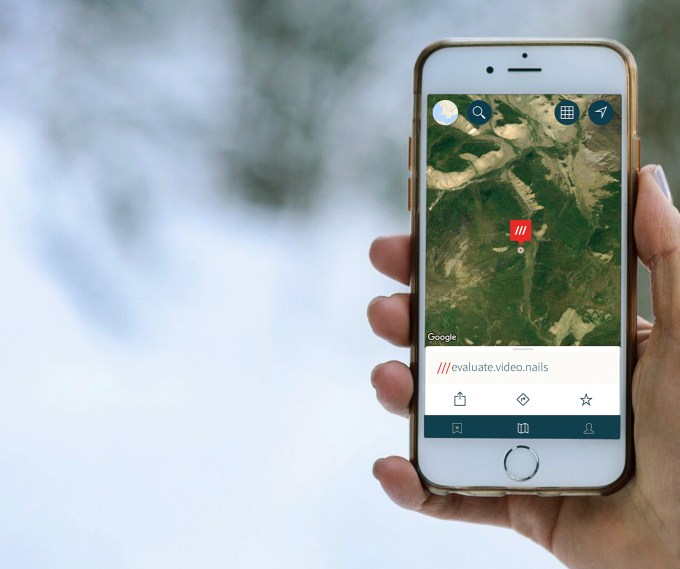 Travellers can then expect to be “immersed in the day-to-day life of the tribe, from herding and milking reindeer to cooking traditional Mongolian dishes and making handicrafts”, they add.

The tribe uses a co-host in an urban location to manage the process of updating their Airbnb listing with a new 3 word address, as needed (i.e. when they shift the location of their camp).

Commenting on the partnership in a statement, Cameron Sinclair, social innovation lead at Airbnb, said:  “Airbnb is excited to partner with what3words and the Ministry of Environment and Tourism of Mongolia to drive sustainable tourism and economic empowerment, while promoting the unique hospitality and culture so intrinsic to the country.

“In Mongolia, a lack of traditional street addressing and nomadic way of life have prevented locals from welcoming Airbnb guests into their homes. Our partnership delivers an innovative way to provide hosts with an accurate and reliable address while constantly on the move, and creates new livelihood opportunities for nomadic and rural communities in Mongolia and around the world.”

A spokeswoman for what3words confirmed the partnership is limited to Mongolia for now — but added it’s “exploring next steps with Airbnb” in the hopes of expanding the collaboration.

There’s no financial component to the arrangement as yet because what3words is free for individuals to use (so in this case the Dukha reindeer herders).

But the startup does sell b2b licenses for other products, including its API and SDKs — offering optional extras like very large-scale batch conversion of 3 word addresses to GPS coordinates or vice versa.

So if Airbnb sees enough value in ramping up offers of alternative tourist experiences on its platform — and in what3words’ 3 word address system as the easiest way to grease and thus scale that pipe — it could end up sending something more than a bit of publicity the startup’s way.

“what3words is incredibly useful for guests trying to find their Airbnb — be it in the centre of Madrid, or the on the Mongolian Steppe,” the spokeswoman told us. “We’re already seeing many hosts provide guests with their 3 word address, and we’d love to make the process as seamless as possible.”

One growth headwind for Airbnb’s business could work in what3words’ favor because the home-sharing platform may well need to invest in finding innovative and sustainable routes to grow its business, given a growing backlash against overtourism in popular destination cities that have been saddled with the real-world impacts of homes being repurposed as de facto hotels (and travel generally being more affordable).

In recent years residents in cities where Airbnb is popular have been vocal in complaining that such platforms bring problems — from antisocial impacts such as noise and drunken partying to more structural issues as they contribute to driving up rents by removing housing stock, with the risk of undermining local communities if residents get priced out.

And a growing number of cities have responded to these concerns by tightening regulations on home-sharing — throwing up blockers and sometimes hard caps on Airbnb’s growth.

A requirement that hosts register with the city in San Francisco so it can enforce vacation-rental laws to prevent homes being repurposed as year-round tourist lets led to a dramatic decline in Airbnb listings at the start of this year, for example.

But it looks to be the opposite story in Mongolia where politicians are focused on development and keen to attract outside investment. And where tourists are — at least for now — welcome visitors.