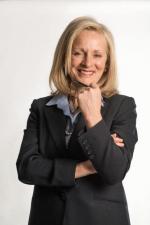 Ralph Polumbo, President of AEC, will retire on January 1, 2016, at which time Diane Loudon, AEC’s Senior Vice President for Operations and General Manager of Albany Safran Composites, LLC, will be promoted to succeed Mr. Polumbo. Ms. Loudon will report to Dr. Joseph G. Morone, President and CEO of Albany International.

In announcing Mr. Polumbo’s retirement, Dr. Morone said, “Throughout his nearly ten-year career with Albany International, Ralph has been intimately involved in the Company’s transformation. For the first half of his tenure, as Senior Vice President HR and then Chief Administrative Officer, he helped shape the restructuring and renewal of Machine Clothing. And since 2010, he has led Albany Engineered Composites through a critical phase of maturation, building the organization, talent, systems and business processes required to meet the unprecedented ramp up in volume that begins next year with the entry into service of the LEAP engine.”

Ms. Loudon joined Albany Engineered Composites in November 2011 as Senior Vice President for Operations, and has led Albany Safran Composites since November 2013. In the twenty years prior to joining AEC, she served in a variety of executive roles in operations and program management in the medical devices industry, most recently at Accellent.

Ms. Loudon has an MBA from Syracuse University and undergraduate degrees in Industrial Engineering and Accounting.

“Diane brings to her new job broad and deep experience in operations, a passionate commitment to enterprise-wide operational excellence, and a very personal and engaged style of leadership – precisely the combination required to lead AEC simultaneously through the ramp up of the LEAP engine and the conversion to commercial reality of our new business opportunity pipeline. All of us at Albany look forward to working with Diane in this pivotal moment in the growth of AEC,” said Dr. Morone.

Albany International is a global advanced textiles and materials processing company with two core businesses. Machine Clothing is the world’s leading producer of custom-designed fabrics and belts essential to production in the paper, nonwovens, and other process industries. Albany Engineered Composites is a rapidly growing supplier of highly engineered composite parts for the aerospace industry. Albany International is headquartered in Rochester, New Hampshire, operates 19 plants in 10 countries, employs 4,000 people worldwide, and is listed on the New York Stock Exchange (Symbol AIN). Additional information about the Company and its products and services can be found at www.albint.com.