Failed Bitcoin Exchange Mt. Gox May Yet Be Revived By David Zeiler

By: Money Morning
An investor group called Sunlot Holdings is seeking to revive the failed Bitcoin exchange Mt. Gox has made a deal with the claimants in two class action lawsuits on a proposed settlement. It's the last best chance for the 127,000 customers of Mt. Gox to recover any of their lost money, which amounted to 750,000 bitcoins. The post Failed Bitcoin Exchange Mt. Gox May Yet Be Revived appeared first on Money Morning - Only the News You Can Profit From .

An investor group seeking to revive the failed Bitcoin exchange Mt. Gox has made a deal with the claimants in two class-action lawsuits on a proposed settlement. 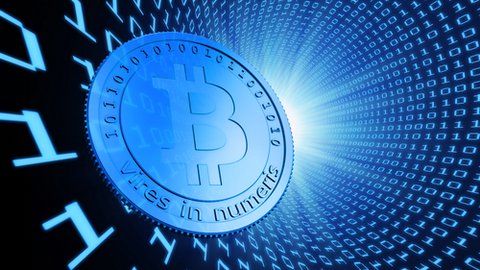 Now the group, which goes by the name of Sunlot Holdings and includes venture capitalists Matthew Roszak and William Quigley as well as Bitcoin entrepreneur Brock Pierce, need only get the Japanese bankruptcy court to agree to its plan - but that won't be easy.

It's not surprising that the class-action claimants want to make a deal with Sunlot, though. Earlier this month the Tokyo District Court set the failed Bitcoin exchange on the long path to liquidation, sharply reducing the chances that any of the 127,000 former customers would recover a meaningful amount of their lost bitcoins.

"Liquidation would have adverse consequences for Mt. Gox customers and the entire Bitcoin community," Quigley said in a statement. "Millions of dollars' worth of lost bitcoins would never be recovered and most of Mt. Gox's assets would go to paying bankruptcy lawyers and others involved in the process rather than customers."

Mt. Gox said it lost 750,000 customer bitcoins after it filed for bankruptcy in February.

The Sunlot plan proposes to purchase what remains of Mt. Gox for the price of one symbolic bitcoin and would seek to revive the Bitcoin exchange as a viable business.

Sunlot said it would repay Mt. Gox customers pro-rated amounts from the 200,000 bitcoins the exchange "discovered" in March. In addition, the group of former customers would receive a 16.5% equity stake in the new Mt. Gox company.

John Betts, chief executive officer of Sunlot, told The Wall Street Journal that 70% of the failed Bitcoin exchange's customers have already agreed to his rescue plan, which he said is about more than just getting people's money back.

"This is about bitcoin and preserving the value of the bitcoin ecosystem. This is our collective opportunity to demonstrate the commitment of [the bitcoin] community, that we don't need government bailouts and that the community is self-healing," Betts said.

Note: Western civilization could easily come to an abrupt halt from a terrorist cyberattack. Scary, yes. But it also means that the companies who can repulse those attacks are in for enormous paydays...

Meanwhile, lawyers for the class-action suits seemed relieved to have the Sunlot lifeline, because their lawsuits almost certainly would have run aground amidst liquidation proceedings.

"This is the customers' best option and the only chance they have for full restitution," said Jay Edelson, the lead attorney in the U.S. case, in a statement.

Both current Mt. Gox CEO Mark Karpeles, who owns 88% of the Bitcoin exchange, and founder Jed McCaleb, who retains a 12% stake, have voiced support for the Sunlot plan, which was first proposed about a month ago.

But the only vote that counts is that of the Tokyo District Court, which initially rejected the Sunlot proposal as unrealistic and lacking in financial backing.

Betts told the Journal, however, that his group has prepared a statement of financial commitment for submission to the court.

The hope now is that the Sunlot plan will at least put the liquidation on hold.

"We firmly believe that there is a strong hope to rebuild this exchange, to get the community going forward," Betts told CoinDesk.

Did you or anyone you know get "Goxxed"? Do you think the Japanese court will ever approve the Sunlot proposal? Speak out on Twitter @moneymorning or Facebook using #bitcoinnews.

The post Failed Bitcoin Exchange Mt. Gox May Yet Be Revived appeared first on Money Morning - Only the News You Can Profit From.