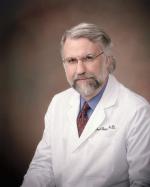 ARCA biopharma, Inc. (Nasdaq: ABIO), a biopharmaceutical company developing genetically targeted therapies for cardiovascular diseases, today announced that the first patient has been genetically screened in GENETIC-AF, its Phase 2B/3 adaptive design clinical trial. The GENETIC-AF trial will evaluate GencaroTM (bucindolol hydrochloride) as a potential treatment for the prevention of atrial fibrillation (AF) in patients with heart failure and/or left ventricular dysfunction who also have a specific genotype of the beta-1 adrenergic receptor (389 arginine homozygous), which is believed to be present in approximately 50% of the U.S. population. There are currently seven active clinical trial sites recruiting patients for GENETIC-AF. The Company anticipates having approximately 50 clinical trial sites for the Phase 2B portion of the trial. Last week, ARCA hosted the initial GENETIC-AF Investigator Meeting which brought together the physicians and research coordinators participating in the trial for information sharing and study-specific training.

Gencaro is an investigational, pharmacologically unique beta-blocker and mild vasodilator. ARCA has identified common genetic variations that it believes may predict individual patient response to Gencaro, giving it the potential to be the first genetically targeted AF prevention treatment. Currently, no beta-blocker has been approved by the U.S. Food and Drug Administration for the prevention of AF.

“This is a major milestone for the company and for the development of Gencaro,” said Dr. Michael R. Bristow, President and Chief Executive Officer of ARCA. “We believe we have an opportunity to potentially improve the treatment options for patients at risk for, or living with, atrial fibrillation by addressing an unmet medical need in patients who also have heart failure and/or left ventricular dysfunction. The Gencaro development program, if successful in GENETIC-AF, would also herald a new era of pharmacogenetically developed cardiovascular drugs.”

ARCA and Medtronic, Inc. (NYSE: MDT), a leader in medical technologies to improve the treatment of chronic diseases, including cardiac rhythm disorders, entered into a collaboration agreement in May 2013 to support GENETIC-AF.

Laboratory Corporation of America® Holdings (LabCorp®) (NYSE: LH) and ARCA have collaborated to develop a companion diagnostic for identifying prospective patients’ genotypes. LabCorp is conducting the genotyping for the GENETIC-AF trial.

GENETIC-AF is a Phase 2B/3, multi-center, randomized, double-blind clinical trial comparing Gencaro to Toprol-XL for prevention of symptomatic AF or atrial flutter (AFL) in patients with heart failure and/or reduced left ventricular ejection fraction (HFREF). ARCA plans to enroll only patients with the genetic variant of the beta-1 cardiac receptor which the Company believes responds most favorably to Gencaro. GENETIC-AF has an adaptive design, under which the Company plans to initiate it as a Phase 2B trial in approximately 200 patients and then, depending on the results of an interim analysis by the trial Data Safety Monitoring Board (DSMB) and availability of additional financing, potentially transition the trial to a Phase 3 trial and enroll an estimated additional 420 patients.

Under the collaboration with Medtronic, ARCA plans to conduct a substudy that will include continuous monitoring of the cardiac rhythms of patients enrolled during the Phase 2B portion of GENETIC-AF. These substudy patients will have heart rhythm monitoring via a Medtronic device, either a previously implanted cardiac resynchronization or defibrillation device, or a previously or newly inserted Reveal LINQTM Insertable Cardiac Monitor (ICM) System. The substudy will measure AF burden, defined as a patient’s actual time in AF regardless of symptoms.

For the DSMB interim analysis, AF event rates, AF burden and components of the primary endpoint of the study, time to recurrence of symptomatic AF/AFL or death after electrical cardioversion to sinus rhythm will be reviewed by the DSMB to determine if there is sufficient potential for a statistically significant efficacy signal in the overall Phase 2B/3 study population.

Atrial fibrillation is a disorder in which the normally regular and coordinated contraction pattern of the heart's two small upper chambers (the atria) becomes irregular and uncoordinated. The irregular contraction pattern associated with AF causes blood to pool in the atria, predisposing the formation of clots. These clots may travel from the heart and become lodged in the arteries leading to the brain and other organs, thereby blocking necessary blood flow and potentially resulting in stroke. In addition, in patients with HFREF, new onset AF may also contribute to worsening heart failure and increased risk of death.

Clinical data analysis from a review of patient forms from the BEST trial, a Phase 3 trial in 2,708 patients with advanced heart failure, indicates that Gencaro may have a potentially enhanced and pharmacogenetically influenced effect in reducing and preventing AF. In that trial, patients in the Gencaro arm had a reduction in the risk of new onset AF time to event compared to patients in the placebo arm of 41% (AF measured as an adverse event/serious adverse event or as detected on surveillance ECGs, time to event analysis, p = 0.0004). In a 1,040 patient DNA substudy of BEST, Gencaro exhibited potential pharmacogenetic enhancement and differentiation for AF prevention in patients with a specific genotype (beta1389 arginine homozygous (Arg/Arg) adrenergic receptor (AR); approximately 47% of the patients). These patients experienced a 74% (p = 0.0003) reduction in risk of AF versus no detectable reduction in patients who had alternative genotypes (beta1389 Gly carriers; 53% of the patients) who had received placebo. The Company believes this data supports the potential ability of Gencaro to prevent AF in patients who have the genotype the Company believes responds most favorably to Gencaro.

In prior placebo controlled trials of beta-blockers in chronic HFREF, most studies have detected a positive signal for prevention of AF, with an event rate reduction averaging approximately 27%. However, AF had not been a pre-specified primary or secondary endpoint in these studies.

ARCA biopharma is dedicated to developing genetically targeted therapies for cardiovascular diseases. The Company's lead product candidate, GencaroTM (bucindolol hydrochloride), is an investigational, pharmacologically unique beta-blocker and mild vasodilator being developed for atrial fibrillation. ARCA has identified common genetic variations that it believes predict individual patient response to Gencaro, giving it the potential to be the first genetically targeted atrial fibrillation prevention treatment. ARCA has a collaboration with Medtronic, Inc. for support of the GENETIC-AF trial. For more information please visit www.arcabiopharma.com.

This press release contains "forward-looking statements" for purposes of the safe harbor provided by the Private Securities Litigation Reform Act of 1995. These statements include, but are not limited to, statements regarding potential timing for patient enrollment in the GENETIC-AF trial, the sufficiency of the Company’s capital to support its operations, the potential for genetic variations to predict individual patient response to Gencaro, Gencaro’s potential to treat atrial fibrillation, future treatment options for patients with atrial fibrillation, the role of AF burden in diagnosis and treatment of atrial fibrillation and the potential for Gencaro to be the first genetically targeted atrial fibrillation prevention treatment. Such statements are based on management's current expectations and involve risks and uncertainties. Actual results and performance could differ materially from those projected in the forward-looking statements as a result of many factors, including, without limitation, the risks and uncertainties associated with: the Company's financial resources and whether they will be sufficient to meet the Company's business objectives and operational requirements; results of earlier clinical trials may not be confirmed in future trials; the protection and market exclusivity provided by the Company’s intellectual property; risks related to the drug discovery and the regulatory approval process; and, the impact of competitive products and technological changes. These and other factors are identified and described in more detail in ARCA’s filings with the SEC, including without limitation the Company’s annual report on Form 10-K for the year ended December 31, 2013, and subsequent filings. The Company disclaims any intent or obligation to update these forward-looking statements.