Why the Bitcoin Price Is Rising Today

By: Money Morning
After plunging to six-moths lows, just last Friday, Bitcoin prices have rebounded 40%. And that's on a day when the Chinese Bitcoin exchanges were supposed to get cut off from their bank accounts. It seems that, for better or for worse, events in China are driving the price of Bitcoin. The post Why the Bitcoin Price Is Rising Today appeared first on Money Morning - Only the News You Can Profit From .

With the deadline for the Chinese Bitcoin exchanges to be cut off from their bank accounts upon us as of today (Tuesday), the Bitcoin price is rising. 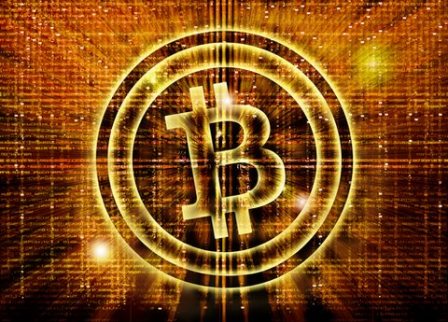 As counterintuitive as it might seem, the CoinDesk Bitcoin Price Index is up about 10% today to about $500, although Bitcoin prices rose as high as $514.72.

At $500, the Bitcoin price is up a startling 40% from the low of $355 hit on Friday when several Chinese Bitcoin exchanges received notices from their banks that their accounts would be closed.

Bitcoin prices plunged last week on concerns that the People's Bank of China (PBOC) was quietly telling Chinese banks to sever ties with the exchanges by April 15 and that eventually it might even ban the digital currency.

But those fears were not realized.

For one thing, not every Bitcoin exchange has received a notice that its bank accounts would be closed, even though the deadline was today.

"Our situation hasn't changed. We've been talking to banks, the ones we have personal relationships with, and so far we've not received any notice to close our business with them," BTC China Chief Executive Officer Bobby Lee told CoinDesk.

And just hours after the reports from the Chinese exchanges getting notices from their banks appeared Friday, the governor of the PBOC, Zhou Xiaochuan, made these surprising remarks at a regional economic conference:

"It is out of the question of banning Bitcoin as it is not started by central bank," Xiaochuan said. "Bitcoin is more a kind of tradable and collectible asset, such as stamps rather than a payment currency."

While not an official statement from the PBOC, the remarks eased the worst concerns about the central bank's intentions.

And it started the rally in the price of Bitcoin in both yuan and dollars that picked up even more steam today as several of the Chinese exchanges were able to continue doing business unhindered.

But with no official policy statements forthcoming, the events of the past several days still leaves a cloud of uncertainty hanging over Bitcoin in China.

Here's why that's probably not going to change for a while...

The Bitcoin Price Remains at the Mercy of the Chinese Government

It's obvious that Chinese officials aren't quite sure how to deal with Bitcoin, but you can't blame them.

Government regulators and central banks the world over are all struggling with Bitcoin, trying to figure out whether it's a commodity or a currency, and how to tax it.

The sudden rise in the popularity of Bitcoin in China last fall no doubt startled and concerned Chinese officials, who were already dealing with headaches such as an overheated real estate market and concerns over an erupting credit crisis.

When ordinary Chinese started pouring yuan into an unproven digital currency, it's not hard to see why the government wanted to slam on the brakes. That's why the PBOC in December told merchants they could not accept Bitcoin as payment and told banks they could not convert Bitcoin to yuan.

Those moves succeeded in cooling the ardor for Bitcoin in China and knocked the Bitcoin price from its highs of over $1,100.

While it's always hard to read what Chinese authorities might be thinking, it looks like the seemingly erratic moves on Bitcoin over the past several months are simply the PBOC's way of buying time until it can figure out exactly what it wants to do.

The central bank was unhappy with what it saw as a speculative bubble last fall, but did only what it saw necessary to prick it. Since then the PBOC appears content to let some Chinese dabble in Bitcoin as a hobby.

One thing's for sure: If the PBOC wanted to ban Bitcoin, it would have done so long ago. That it has resisted doing so hints that the central bank probably recognizes the digital currency's powerful potential to revolutionize the nature of money itself and does not want China to be left behind.

However, until the Chinese authorities can sort out what exactly how they want to treat Bitcoin, we're going to see a lot more policy fits and starts. And that's going to be just one more ingredient adding to the volatility in the price of Bitcoin.

Bitcoin prices have recovered somewhat to $500, but that's less than half its highs of last year. Some think the Bitcoin price will eventually get to $10,000 or even $1 million. What do you think? Let us know on Twitter @moneymorning or Facebook using #bitcoinnews.

The post Why the Bitcoin Price Is Rising Today appeared first on Money Morning - Only the News You Can Profit From.