Check Out Who's Investing in Bitcoin Now

By: Money Morning
Some in the mainstream media would have you believe that most of those investing in Bitcoin are naïve and unsophisticated fools who don't recognize a bubble when they see one. But that doesn't explain why some big names in venture capital are pouring millions of dollars into the digital currency , or why Wall Street is growing increasingly interested. The post Check Out Who's Investing in Bitcoin Now appeared first on Money Morning - Only the News You Can Profit From .

Some in the mainstream media would have you believe that most of those investing in Bitcoin are naïve and unsophisticated fools who don't recognize a bubble when they see one.

But that doesn't explain why some big names in venture capital are pouring millions of dollars into the digital currency, or why Wall Street is growing increasingly interested. 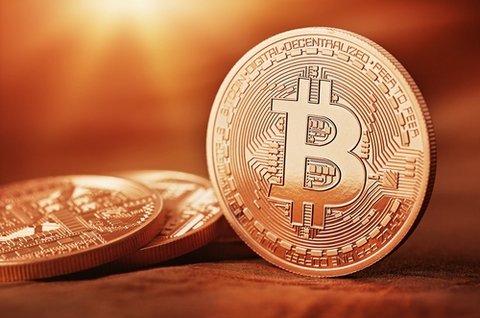 According to Bitcoin news site CoinDesk, at least $72 million of venture capital poured into Bitcoin startups just in the first quarter of 2014. As a result, CoinDesk has raised its projection for investments in Bitcoin startups this year from $100 million to $300 million - triple the amount invested in 2013.

And venture capital is just the first wave of Bitcoin investment from major players.

"We're seeing a high level of interest from principals who work at Wall Street firms, traders, portfolio managers, who are investing personally in Bitcoin, and it's my expectation that it's only a matter of time before institutional money starts moving into Bitcoin," said Barry Silbert, chief executive officer of New York trading firm SecondMarket, creator of the Bitcoin Investment Trust hedge fund.

What's notable is that many of those at the forefront of investing in Bitcoin are fairly prominent personalities known for getting ahead of big trends.

Another key Bitcoin investor has been venture capital firm Union Square Ventures, which earned its stripes as an early mover on such companies as Zynga Inc. (Nasdaq: ZNGA), Twitter, and Tumblr.

And then there's Marc Andreessen of the well-respected venture capital firm Andreessen Horowitz. Andreessen, best-known as the founder of Netscape, is one of tech's most outspoken "Bitcoin believers."

Andreessen, whose firm has already invested $50 million in Bitcoin startups, said just a few weeks ago he intends to invest "hundreds of millions" more.

The list of notable names investing in Bitcoin even extends to at least one revered Wall Street veteran - Bill Miller, portfolio manager of the Legg Mason Capital Management Trust.

In a CNBC appearance Thursday, Miller did not say how much he had invested in Bitcoin, only that he was down 20% and remained bullish on the digital currency.

Miller became an investing legend when the Legg Mason Capital Management Value Trust he co-managed beat the S&P 500 index for 15 years straight, from 1991 to 2005.

Clearly, Andreessen, Silbert, Miller and many more like them are convinced that investing in Bitcoin ultimately will pay off in a big way.

They have good reason to think so...

Why So Much Smart Money Is Investing in Bitcoin

The big names investing in Bitcoin are doing so not out of hope that speculators will somehow drive the Bitcoin price higher, but because they sincerely believe that it is a transformative technology.

Here's what they're saying:

"Bitcoin offers a sweeping vista of opportunity to reimagine how the financial system can and should work in the Internet era, and a catalyst to reshape that system in ways that are more powerful for individuals and businesses alike," Andreessen wrote in a January New York Times guest column.

And SecondMarket's Silbert said recently: "[Bitcoin] is creating a new set of rails on which money can move around the world, instead of relying upon systems that are decades old."

Bill Miller put Bitcoin into the context of gold; many have compared Bitcoin to gold because it is a scarce commodity (only 21 million bitcoins will ever be created) that can be used to buy things.

"The thing about bitcoin that is so interesting is the addressable market here," Miller, said on CNBC's "Closing Bell." "Gold alone has an $8 trillion market value, bitcoin has about a $7 billion market value, so if it's only 10% as successful as gold you get 100 times your money."

But maybe the most telling "old guard" take on investing in Bitcoin comes from Wedbush Securities Managing Director Gil Luria, who told The New York Times he turned his attention to Bitcoin after seeing "tremendous interest" from clients.

After doing a series of analyses, Luria came to the stunning conclusion that "if a lot of things happen with it and bitcoin lives up to its promises, it could be half a million to a million dollars."

That may seem incredible considering all the handwringing currently going on over the fall in the Bitcoin price from over $1,100 to under $400 yesterday (it has since recovered to about $425).

But Luria's analysis speaks to the almost unimaginable potential of Bitcoin to reinvent how we use money - and explains why so many well-respected investors are making big bets on it.

Are you investing in Bitcoin? Do you think that a Bitcoin will ever be worth $1 million? Let us know on Twitter @moneymorning or Facebook using #bitcoinnews.

Investing in Bitcoin isn't all that easy - yet - but for the daring there is one risky option they can try now: Bitcoin penny stocks. They could go broke... or make you rich...

The post Check Out Who's Investing in Bitcoin Now appeared first on Money Morning - Only the News You Can Profit From.