Toy trains do so well in Weiss Auctions' February 24 online sale, the firm plans to hold eight more just like it in 2021 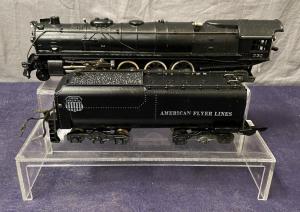 Exceedingly scarce and huge American Flyer dealer poster – 95 inches by 42 inches and made circa 1955 – chromolithographed on two pieces of paper, then factory attached ($5,100). 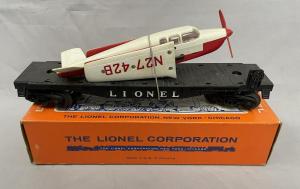 LN boxed 6500 Beechcraft Bonanza – the hardest of all the airplane flats to find – including the unnumbered flat with white-over-red variation plane, all original, with nice picture box ($1,620). 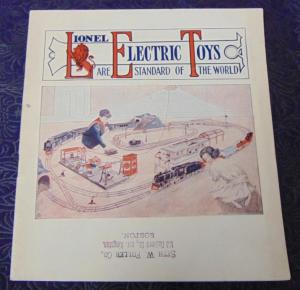 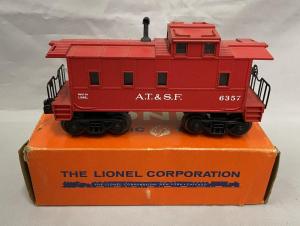 The auction featured the S gauge collection of Frank Pisani, plus more of the Neil Padron estate, with its American Flyer S accessories and post-war rarities.

We’re getting in huge collections and want to promote a category that’s hot right now. We’re always looking for new consignments and I'm confident more great collections will come our way this year.”— Philip WeissLYNBROOK, NY, UNITED STATES, March 5, 2021 /EINPresswire.com/ -- Weiss Auctions’ first Toy & Train event for 2021, held online-only on February 24th, exceeded all expectations, especially in the exploding toy trains category, as 96 percent of all 500 lots found new owners in a sale that grossed around $200,000. It has inspired Philip Weiss, the owner of Weiss Auctions, to plan up to eight more train sales during this year.

“We’re getting in huge collections and we want to promote a category that’s obviously red hot right now,” Weiss said. “For the February sale, we had nearly 1,500 active bidders between our site (www.weissauctions.com), LiveAuctioneers.com and Proxibid.com. We’re always looking for new consignments, and I feel confident more great collections will come our way this year.”

The February auction featured the extensive S gauge collection of Frank Pisani, whose many rare and unusual examples included an exceedingly scarce and huge American Flyer dealer poster – 95 inches by 42 inches and made circa 1955 ($5,100). The poster was chromolithographed on two pieces of paper, then factory attached. The color was bright and it was in like-new condition.

That collection was offered as one lot and turned out to the auction’s top achiever, finishing at $8,100. The 680 or so kits were mostly boxed, with several blister and with peg board variations, type face and contents variations. There were kits in the collection that Weiss Auctions had never seen before, and no two were alike. Most boxes were nice and bright; nearly all were Plasticville.

Following are additional highlights from the auction. All prices quoted include the buyer’s premium.

Four other lots managed to reach $3,000 or better – all of them Lionel. They were as follows:

A hard-to-find American Flyer 24519 S gauge reel car, circa 1958, clean and with both brake-wheels, showing only light playwear, changed hands for $1,680; while an LN boxed 6500 Beechcraft Bonanza – the hardest of all the airplane flats to find – including the unnumbered flat with the white-over-red variation plane, all original and with a nice picture box, made $1,620.

A Lionel 1916 consumer catalog and envelope – the first one Weiss Auctions has ever seen and a nice example – complete with color center spread of the 42-passenger set over a bridge, went for $1,800. Also, a very clean, two-color 1913 Lionel consumer catalog showing some great Lionel pieces including trolleys, six with knobby 190 cars, 6-wheel 33 with ribbed cars, fetched $1,500.

A boxed Lionel 6357-50 Father & Son caboose, one of the harder cabooses to find (and the accompanying box even scarcer), produced only in 1960 for the Father & Son set, garnered $1,650. Also, a boxed Lionel 158 station set, a nice original owner item with a late 136 station and two #156 station platforms, plus wrapping paper, boxes and platform inserts, hit $1,440.

A super clean Lionel 6464-150 MP first panel boxcar having a type IIA body with a saw in the first panel, unrun and with a clean box missing a flap on one side, commanded $1,560; while a near-mint boxed Lionel 6816 flat with a light color dozer having a band and a rare insert on an unrun flat, displaying nicely with just a lightly shopworn perf window box, achieved $990.

An American Flyer 24016 MKT S gauge boxcar from 1958 having a clean satin patina with intact nibs and catwalks, showing some light playwear and missing its brake wheel, still made $870. Also, two variations of American Flyer 378 S gauge station figures – an early pastel example and a later variation, both tied into display boxes and both set boxes nice, rose to $630.

Weiss Auctions is always accepting quality consignments for future auctions. To consign an item, estate or a collection, you may call them at (516) 594-0731; or, you can send an e-mail to Philip Weiss at Phil@WeissAuctions.com. For more information about Weiss Auctions and the firm’s calendar of upcoming auctions, visit www.WeissAuctions.com. Updates are posted often.