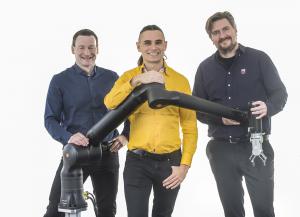 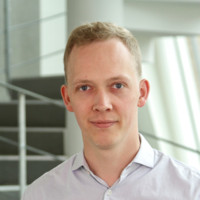 As advisors they bring with them in-depth robotics expertise in the areas of electronics, firmware, robotics applications and ISO standards.

I’m extremely excited to be working with Lasse Kieffer and Peter Nadolny Madsen. They are both real brains when it comes to electronics topics and safety standards for cobots!”— Kristian Kassow, founder and CEO of Kassow RobotsKASTRUP / COPENHAGEN, DENMARK, March 3, 2021 /EINPresswire.com/ -- Kassow Robots ApS., the manufacturer of highly efficient 7-axis cobots, is expanding its R&D team. Lasse Kieffer and Peter Nadolny Madsen, both well-known in the cobot industry, join Kassow Robots as advisors to complement the engineering team from Kastrup, Copenhagen. As advisors to Kassow Robots, they bring with them in-depth robotics expertise in the areas of electronics, firmware, robotics applications and ISO standards.

Kristian Kassow was in 2007, as the company’s CEO at Universal Robots at that time, able to win Lasse Kieffer over to his former company. There, they enjoyed a trusting working relationship in developing the first cobots. After leaving Universal Robots, Lasse Kieffer and Peter Nadolny Madsen founded Purple Robotics, where they invented the world’s first dual vacuum gripper and created a global sales network within a single year. In 2018, they sold and merged their company into OnRobot to join forces.

“I’m extremely excited to be working with Lasse Kieffer and Peter Nadolny Madsen. They are both real brains when it comes to electronics topics and safety standards for cobots. What’s more, we have known and appreciated each other for many years, certainly also because we share the entrepreneurial gene,” says Kristian Kassow, founder and CEO of Kassow Robots. Lasse Kieffer is looking forward to tackling his new task: “It’s impressive how Kristian Kassow has managed to combine user-friendliness and flexibility in his 7-axis cobots. User friendliness is always right at the top of my list and Kassow Robots’ exciting package fits that bill perfectly especially since they meet a wide range of customer needs with their five cobot models.”

Dieter Pletscher, Sales Manager at Kassow Robots, is also excited about the new colleagues, whom he also knows from previous cooperation: “We are now in our third year since we first presented ourselves to the public at Automatica 2018 in Munich. It’s the perfect time for Kassow Robots to move forward with our development efforts.” Pletscher is referring to the fact that Kassow Robots has consistently worked through its roadmap. In 2020, the fifth 7-axis cobot model was presented in the form of the KR1018 with a payload of 18 kilograms. In addition, the 7-axis cobots are now increasingly in demand in the industry.


ABOUT KASSOW ROBOTS ( www.kassowrobots.com )
Kassow Robots, founded in Copenhagen, Denmark, is developing and manufacturing unique and efficient 7-axes lightweight robots for industrial applications. The company’s motto is “strong, fast, simple”. Its products offer speed and power, yet also have a long reach. The robots’ user-friendliness provides businesses with greater flexibility, allowing SMEs without their own robotics specialists to achieve complex automation and programming cost-effectively and independently. What is more, the cobots are compact enough for use in confined spaces. Two highly experienced robotics experts – Kristian Kassow as CEO and Dieter Pletscher as Head of Sales – are driving the company’s development. The strong product family of five lightweight robots comprises the cobots KR 810 (with a reach of 850 mm / a payload of 10 kg), KR1018 (1000mm / 18 kg), KR 1205 (1200 mm / 5 kg), KR 1410 (1400 mm / 10 kg) and KR 1805 (1800 mm / 5 kg).