Announcing the Release of Atlantis: City of Mages

This is Where the Adventure Begins, Sci-Fi / Urban Fantasy Book

DALLAS - March 2, 2021 - PRLog -- 'Atlantis City of Mages' is a tale about the corruption that took place during Atlantis's final days. M. Arcturus wrote Atlantis after reading a few articles about the legendary isle. She noticed a common theme. No one knows for sure if it existed, no one knows where it sank, and yet, every novice to advanced scuba diver, to the most experienced archeologist, claims that they have found its ruins under the ocean in different locations all over the world.   She got to thinking. Why are we applying our laws of physics to a place that was far superior to our own civilization? What if they had technology that verged on the side of heresy when it comes to physics as we know it?   What if the isle could move around and as she moved from place to place a little piece of her stayed on the bottom of the ocean floor?   After watching a Nova special about the String Theory, she realized that this could be how Atlantis traveled. The String Theory, or 'M theory', talks about the strings on the fabric of time and space, that how one day we could create wormholes and seal them back up. Arcturus pieced those two ideas together and wrote her book Atlantis.

After the ancient race, who created Atlantis, leaves the isle to humans. Over time things turn south. There's drug wars and a greedy governor who accepts stolen goods to line his own pockets. The most recent items that he tries to sell are far more dangerous than any other business transaction he has ever done. And it comes with heavy, binding strings attached. Can the tide be turned by a group of good Samaritans? It all starts with a young oracle apprentice who lost her mother, the best nurturer and mentor she could ever have. Does she have the strength and courage to join a small team who bands together to save the isle? I dare you to find out!

About the Author
M. Arcturus was born and raised in the Midwest. Yearning to break free from a mundane life, she writes after hours hoping that one day her life will be launched in a whole new direction. Even though her stories are immersed in fiction, she dedicates a lot of time in researching science and history to create believable events and environments to assist the reader along their journey within her books.

Atlantis: City of Mages is her first published book; however, her poetry has been published in several publications.

When she is not writing on her books, you can find her on paranormal investigations, painting, working on her photography skills, and seeking new adventures. 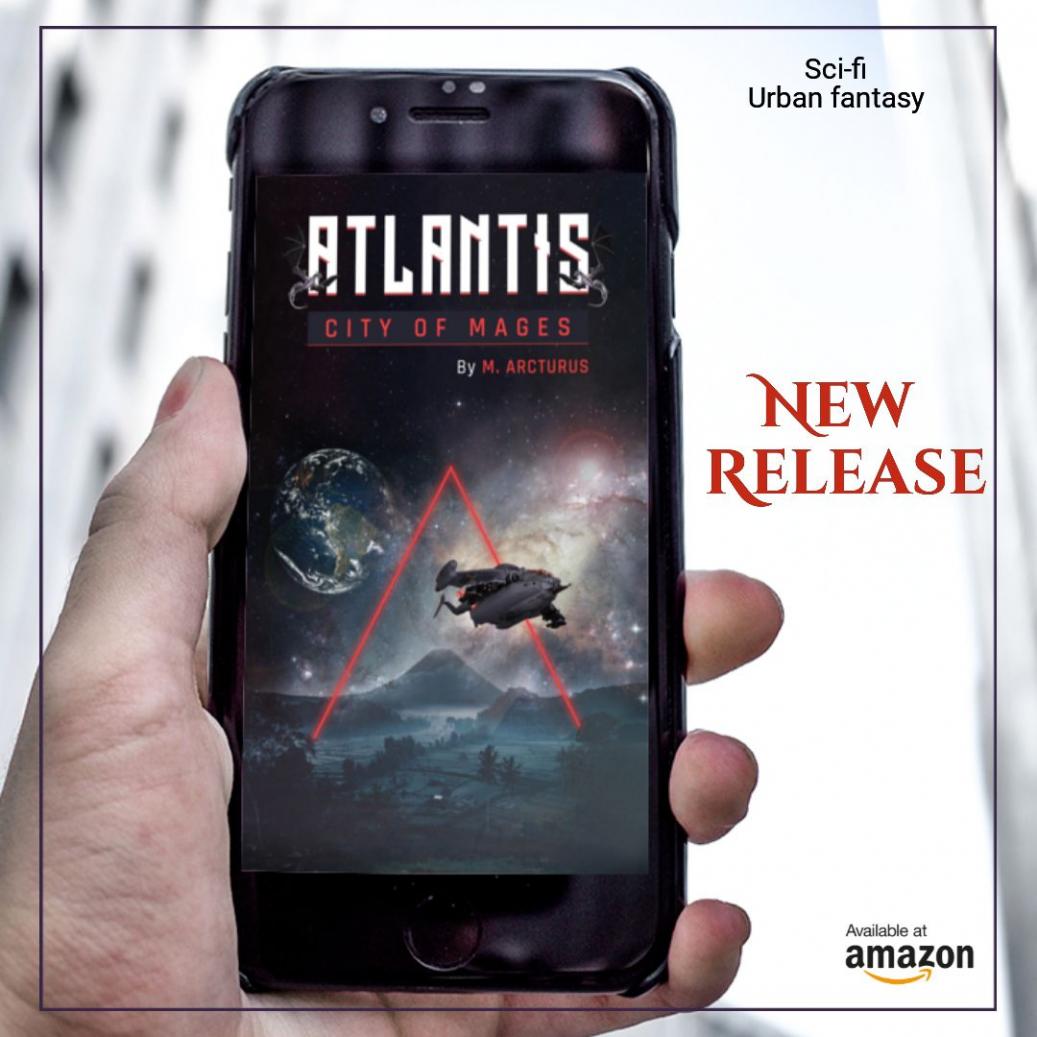 Read Full Story - Announcing the Release of Atlantis: City of Mages | More news from this source