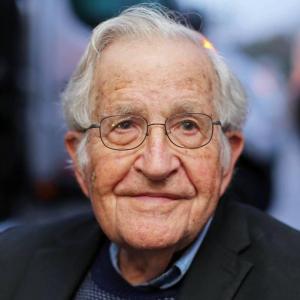 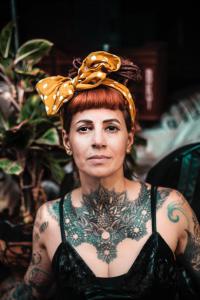 The march will begin on April 7, 2021 at the UN headquarters in New York City, NY, and end in Washington, D.C.

"They say revolutions start from home .. Home is where the legs are. My legs carry the stories as witness so they will never die."”— Sapna Moti BhavnaniWASHINGTON , DC, USA, January 23, 2021 /EINPresswire.com/ -- The Sindhi Foundation will lead the Long Walk for Freedom, Nature, and Love in April 2021 to raise awareness for global human rights violations and climate change. For decades, the people of the Sindh province in Pakistan have endured horrific human rights abuses inflicted and silenced by the Pakistan state. Instances of enforced disappearance, extrajudicial killing, and forced conversion of indigenous Sindhis continue to rise each day.

A report by the United Nations Working Group on Enforced or Involuntary Disappearances stated that in May 2019 that there were 731 outstanding cases reported to the organization from Sindh. Then, by May 2020 – one year later – this number had risen to 813 outstanding cases. Few victims ever return to their families. These statistics reflect only cases which have been reported by the family and friends of victims; many go unreported for the legitimate fear of violent repercussions from Pakistani authorities. In recent weeks, protests against enforced disappearances have been violently dispersed by authorities. To illustrate, protestors participating in a long march for the recovery of missing persons were recently beaten upon their arrival at the Sindh-Punjab border. Women protestors were dragged by their hair, arrested, and put in chains by Pakistani authorities. Sindhi Inam and five other activists bravely negotiated with the police and took the place of these women in jail, and these activists remain behind bars.

The extrajudicial killing, or state-sponsored murder, of Sindhis in Pakistan is becoming increasingly common as well. 3,345 people were killed between January 2014 and May 2018 in encounters with the police, and 1,592 of these murders occurred in Sindh. Extrajudicial killings are rarely reported by media outlets in Pakistan, lest they risk attracting the ire of the government and violent retaliation for speaking out – effectively silencing the stories of victims and their loved ones.

Though most victims of enforced disappearance and extrajudicial killings are men – students, activists, or scholars – women and young girls of religious minorities face a different, yet equally grave, threat: forced conversion to Islam. They are targeted, abducted, and married off to Muslim men in a sacrilegious ceremony that claims roughly 1,000 girls each year in Sindh. The Pakistani Human Rights Commission states that there were 7.430 documented cases of Hindu and Christian girl abductions between January 2004 to May 2018, though the number is likely much higher.

The ongoing climate crisis acts as an omnipresent backdrop to the rampant human rights violations in Pakistan. The 2018 German-watch Global Climate Risk Index places Pakistan as the seventh country to have been affected most by climate change from 1997 to 2016. In fact, the country is expected to be completely water scarce by 2025. The water crisis impacts disenfranchised groups like Sindhis most heavily. The Basha Dam is being constructed along the ancient Indus River in Gilgit Baltistan along the Chinese border with funding from China. The dam will be the tallest in the world, once built, and is predicted to significantly reduce the river’s flow in Sindh’s Delta region. This will have serious economic and ecological consequences.

The dual threats of human rights abuse and climate change are by no means unique to Sindh; they are endured by groups around the world. Today, more than ever before, it is imperative that people from all walks of life unify against these issues. To this end, the Sindhi Foundation will be leading a 350-mile protest walk that will start in New York City on April 7th and end in Washington, D.C. on April 29th. Participants will walk across five states – New York, New Jersey, Pennsylvania, Delaware, and Maryland – as well as the District of Columbia.

Based in India, Sapna Bhavnani is a Sindhi writer, producer, and director best known for her film Sindhustan. After being denied entry into the homeland of her ancestors, Bhavnani decided that she would wear the land and its history on her skin -- literally. Sindhustan tells the story of the 1947 Sindhi migration through the tattoos that adorn the skin of Sapna's legs and feet. As her first feature length documentary, Sindhustan has been shown in 21 film festivals and has won 9 awards, making it the most celebrated international film on Sindhi Heritage. In July 2020, she launched her own production company, Wench Films, which focuses on promoting Indian talent to the rest of the world. Sapna is currently putting the final touches on her fiction feature My Dog Is Sick and writing a book for Harper Collins tentatively titled "Chapter One." Bhavnani will join the Sindhi Foundation to walk the entire 350-mile journey.

Best known for his revolutionary work in linguistics, Noam Chomsky is a household name. Considered one of the most influential intellectuals in the world, Chomsky has released a series of groundbreaking books including Manufacturing Consent, Fateful Triangle, and, Powers and Prospects. As an academic, Chomsky has contributed to the fields of mathematics, philosophy, cognitive science, psychology, computer science, and anthropology. An outspoken critic of American foreign policy, Chomsky was an active anti-war activist during the Vietnam War. He has won numerous awards for his academic accomplishments, including the 1988 Kyoto Prize in Basic Sciences, the 1984 American Psychological Association Award for Distinguished Contributions to Psychology, and the 1996 Helmholtz Medal. Chomsky has been a strong supporter of the Sindhi people for many years.

The Sindhi Foundation is excited for the months to come, and would like to thank all of its current supporters and endorsers. The foundation invites human rights and climate change activists and organizations to help raise awareness about these threats to humanity by endorsing the Long Walk.